Things I learned about international travel 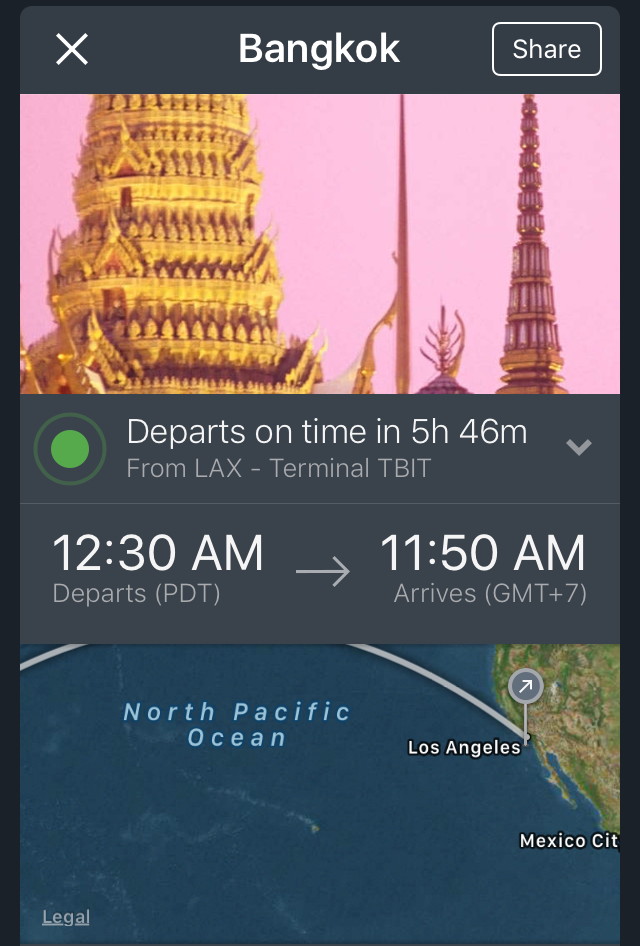 I’m new at the whole worldwide travel thing, so forgive me if I’m just now learning what everyone else knows. I did my homework on Google, however. Either I didn’t search for the right things or I didn’t scroll through enough pages to find the right things, If neither is correct, then I’m going to be disappointed to find out you can’t really find the answers to absolutely everything by searching the internet.

Two of my three children and I flew to Thailand to see my oldest son (middle child), who is living there. We haven’t seen him in over a year and darn it – we miss him! We also want to see where he lives and works and – oh yeah – Bangkok and those fabulous southern Thailand beach resorts. So, off we went. This is only my second time traveling internationally, and the first time kind of doesn’t count because it was a cruise. I do, however, remember the flight. It was a long time ago and it’s kind of like giving birth – you forget how awful it was, so you do it again. Like birth, this trip was for love – having fun and seeing other countries was just incidental.

This is the first in a series about the trip. I hope you enjoy reading it as much as I did living it and writing it!

Lesson #1: You need more cash than you thought

You know the saying, cash is king? Well, in some places in this world, it’s the only thing. Like the newbie worldwide traveler (WWT) that I am, I did take cash, but I mistakenly thought I could make my credit card my primary source of payment and reserve the cash for absolute necessities. Therefore, I took to heart the info I found that indicated, as a rule of thumb, US$25 to US$30 per day as the amount of cash to have on hand.

What I learned: This is not enough cash. Not even close.

For one thing, in Thailand (the first country on our jaunt), very few places take credit cards. Even in Bangkok, there were a lot of places that were cash-only, especially the street markets. The majority of businesses that accepted credit cards had a minimum purchase requirement, generally 300 to 500 THB. Cash is also king if you’re trying to get a good deal (i.e., not what tourists pay) in the street markets in Hong Kong.

And like a complete newbie, I didn’t take a debit card. I also didn’t have a PIN for any of the credit cards I took with me. Therefore, I was kind of SOL in terms of obtaining much-needed cash. Fortunately for me, Siam Commercial Bank (SCB) will charge a MasterCard or Visa for cash as long as you also have a passport.

What I learned: Get PINs for all credit cards.

Near or far, every time I have flown in the past 12 months, I have stressed out and agonized over carry-on only packing.

I’m just going to give in and admit to myself that carry-on only isn’t my thing. I don’t care how many people tell me about lost luggage, or the hassles of checking luggage, I’m going to stop pretending and just check a bag. And instead of cramming what I consider to be not enough stuff into a carry-on size bag, I’m taking the biggest suitcase I own and packing it with whatever I think I’ll need, without stressing over whether it’s enough and whether I’ve done everything by the TSA book. Besides, I’m bringing my son hunting rifle bipods and they’re definitely not allowed to be stowed in a carry-on. My concession to carry-on will be a tote (or something) as carry-on, which will contain a change of clothes and a few other items to get me through in case my luggage doesn’t meet me at the airport.

During this trip, I checked a bag every time we flew and I only had one problem. In a transfer from a domestic flight to international flight at Bangkok’s Don Muesing International Airport (DMK), checking the bag caused a delay. Now, had I not had a checked bag, we still would’ve been running for the gate – the line to get a boarding pass was unbelievable; we had not been able to print them in advance, and there were no kiosks. We then had to go through immigration control and then security. Not checking the bag would have only saved the amount of time it took to pay for checking the bag (the only time it was extra – of course).

What I learned: Overall, I find checking baggage less stressful. I get to pack all the clothes I want, I don’t have to lug it all around the airport or make sure I’ve got everything the way security likes it, And on this trip, most flights included at least one checked bag with the fare.

What I learned: Avoid DMK for domestic-to-international flights. It’s a zoo and AirAsia contributes mightily to the chaos. DMK and AirAsia can be cheaper – in some cases a LOT cheaper – but you run the risk of not making your connecting flight. If I knew then what I know now, I would have booked the domestic flight to DMK and the international flight on to Hong Kong separately, giving myself more than 2 hours between flights.

I’m going to give kudos to those of you who frequently travel overseas for business. Maybe you’re tougher than I am. Maybe you’re used to it. Maybe you also think it’s torture, but in your case you’re being paid to be tortured and you think that’s okay. Whatever, I am in awe of your fortitude.

For those of you who travel overseas frequently for fun – are you nuts?? Sitting in a plane for 10+ hours is not fun. Not by any definition. I’ll bet one day we’ll find out it was used as a form of torture on terrorists but was discontinued because it tortured everybody on the plane, not just the subject. The work comp claims must’ve gotten out of hand. 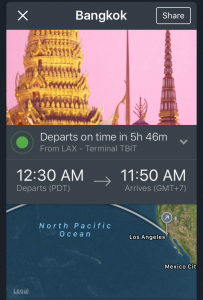 I really thought I was going to handle it okay. I wore compression stockings. (I’m getting old, what can I say?) I dressed comfortably without being sloppy (I think). I had a neck rest and a sleep mask. The flight out to Thailand was a redeye and I thought I’d be sleepy enough to actually, you know, sleep.

Other than “I can’t afford business or first class,” do I need to say more? At least my torture was shared by 300+ strangers and 2 family members, although I was on my own with the 300+ strangers on the way back home.

What I learned: Sleep is impossible? Ask a doctor for some Valium? See if I can get the inflatable leg massage thingies they use in the hospital? Realistically, what I learned is I’ll never be a world traveler. I went to see my son and that alone was worth the torture of the travel. I had fun. I saw a lot of places and met some wonderful people. I’d go back to see him or other people I love and incidentally see more places and meet more people and have more fun, but it’s highly unlikely I would get into an airplane for a long flight just for fun. If I want to relax on a beach by myself, I can drive to Santa Barbara in 2 hours and check into a hotel on the beach.