Warning: fclose() expects parameter 1 to be resource, bool given in /home/customer/www/juliew8.com/public_html/wp-content/plugins/posts-by-tag/posts-by-tag.php on line 35
 The weight loss question: How did you do it? – JulieW8 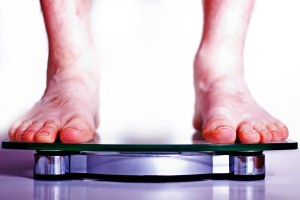 This is a blog post I’ve been meaning to write for quite awhile.

Many of my friends already know that over the last 4 years (anniversary in October), I’ve lost 130 pounds.

It shouldn’t come as a surprise to anyone that the question I get asked all the time is: How did you do it?

I used to actually tell people what I did. Kind of like someone who’s found religion and wants everyone to know. Over the past 2 years, however, I’ve realized that people don’t really want to know how I did it; what they’re really asking is: What’s your secret?

So I’m going to answer this question for anyone interested. There is no secret.

Diet. Exercise. Calories in versus calories out. Tracking both food and exercise. Actually exercising (in truth, this is more difficult for me than what I eat).

I have actually seen people deflate when I tell them there is no secret. You know – if there was some magical something available, we wouldn’t have an obesity problem. Does anyone actually believe that if there was a “cure” for obesity, it would be a secret? C’mon – we’re capitalists. Nobody’s going to sit on something that will make them a fortune; they’re going to formulate it as something that has be taken every freaking day and sit back and watch the money roll in. My daughter and I were fantasizing about “cures” over the weekend and she said she’d want something that would prevent hunger. Since I rarely overeat due to hunger, that wouldn’t work for me. My dream “cure” would be something that allows me to eat whatever and as much as I want without gaining weight. Now that’s a miracle cure!

Since that’s not likely to ever happen, I’m stuck with diet and exercise.

So – how did I do it? I mean really, fantasy aside. I’m going to share, with the caveat that what works is an individual thing. Everyone has to find what works for them. This is what works for me. For example, I absolutely detest meetings – they don’t work for me. Obviously, there are a lot of people who find them extremely motivating. Me? I used to leave WeightWatchers meetings (before they had online-only membership) and head for the nearest Burger King for my favorite burger and fries out of sheer frustration for having had to sit in a room with a bunch of other people, talking about food and eating.

The first thing is something triggered my motivation. I won’t go into the details, but I liken it to an addict hitting rock bottom, or the Apostle Paul on the road to Damascus. I got struck over the head and realized I had completely given up, not only on my weight, but on my appearance. Not only that, I had actually talked myself into finding it acceptable – which actually shocks me more than anything else.

What works for me is weighing and tracking my food. Yes, religiously. The first 2 years, I subscribed to WW online, then switched to My Fitness Pal (MFP), which is free. Sometimes, I track before I prepare a meal so I know whether or not I can add more calories. For example, I like shelled edamame in my salad; whether or not I allow myself to add it depends on how many calories I’ve eaten for the day. I view my calorie allowance like a bank account that I have to empty out every day without overdrawing it. Tomorrow, the account gets filled again, but there is no rollover, no “leftover” calories from the day(s) preceding. (For this reason, I do my very best to eat ALL my daily calories – they’re mine, and by damn I’m going to use them all!) I can add to the bank account by burning more calories. I wear a Fitbit; MFP syncs to the Fitbit account and adds any calories I’ve earned to my daily allowance. It’s so freaking easy (and free), I feel I have no excuse not to track religiously.

I ran across an article on Women’s Health Magazine today: 5 Habits People Who Successfully Lose Weight Have in Common. For me, it’s very accurate, with the exception of social support – I’m an independent stinker, and a bit of a loner and I don’t care much for the rah-rah. Otherwise: I track my food consistently, I hold myself accountable (I allow my friends on MFP to see my food diary), and I cook most of the meals I eat, trying to stay away from processed foods. I’m still working on the motivation to work out – when I do it, I am really good about working out every day, but give me one excuse to skip a day and it will take me months to get back to it, even though I know I can eat more if I exercise more.

As much as I’d like to yammer on, hoping someone reading this will find the motivation they need to lose weight, I’m not going to – because I know it wouldn’t have motivated me. I just hope that if you have found your motivation, how I lost the weight will help you.