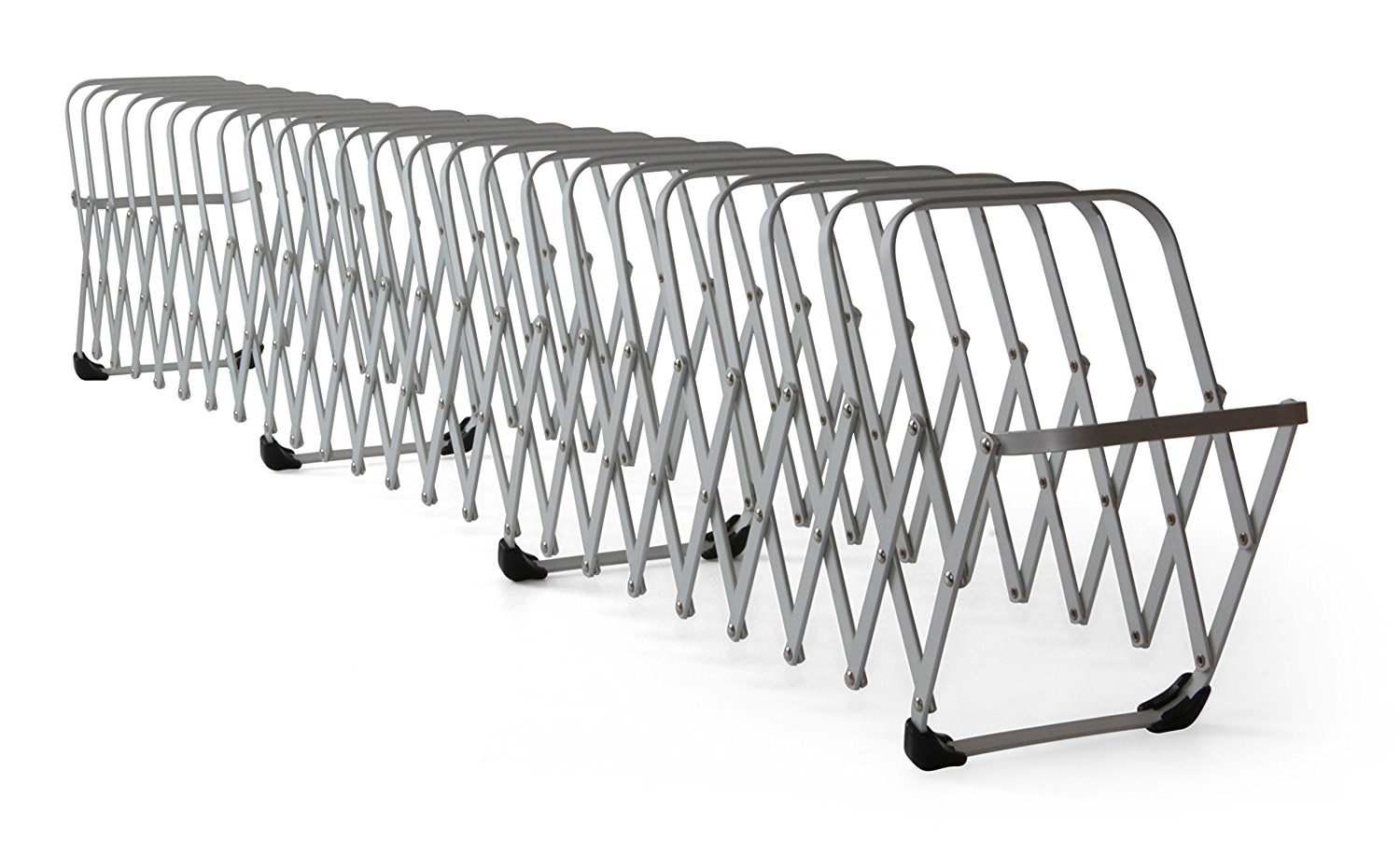 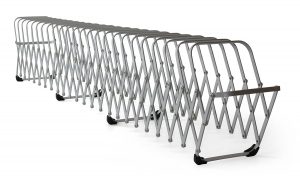 When I left my first job, I went to work for an engineering company that was located in an old home in the downtown area of Logan, near where I lived. This company did a lot of document processing and used the same word processor I had mastered. The word processing manufacturer had also given my name and phone number to them as the person to call if they had questions. When the secretary who operated the word processor quit, they called me. As I was unhappy where I was, and this office was close to my home, I gladly took the job.

The office was a beautiful vintage home, with a wide wraparound porch, a double entry to keep out the cold, leaded glass windows, and lots of wood. I don’t know if the engineering company had refurbished it, but someone had and it was like walking through a door to the past. I remember everyone being nice, but not terribly friendly.

Things started out kind of weird. The word processor was on the second floor. I’d been shown the desk, but was told multiple people used the word processor, so they couldn’t assign that desk to me, and I was given a somewhat generic desk on the first floor, near the copy room. As it turned out, it didn’t really matter whether I had a desk, because I spent no time there. After a couple of weeks, I started wondering why I wasn’t doing what I’d been hired to do. Finally, I went upstairs and asked the woman who was using the word processor if she knew when I might expect to start doing word processing. That’s when I found out she was actually the person I’d been hired to replace. She had changed her mind about leaving right before her scheduled last day, they’d allowed her to stay on, and she had no plan to leave. The word processor desk wasn’t used by multiple people, it was still her desk. For some reason, all the employees had been told not to tell me, and it was the office secret. I think she was actually relieved the big secret was out. I went to talk to our boss and was basically told I should be glad they had decided not to renege on their job offer two days before I was supposed to start. I became her back-up.

So, what did they have me doing? Well, this engineering company did a lot of work with waste water systems. They had specs, operating manuals, etc. etc. etc. Hence, the need for a word processor. All these documents had to be copied and bound into 3-ring binders, and they made multiple copies. The number of copies depended on their contract. Since they had someone to run the word processor, someone familiar with their office and documents and systems, and since I’m sure she didn’t want to be relegated to copying, collating and binding, the new girl got the job.

Being the old days, I’m not talking about a super-dooper electronic digital copying machine that copies, collates and binds and the only thing the operator has to do after sending the digital file to the machine is make sure nothing jams up. I’m not even talking about something that copies and collates. I can be thankful I’m not talking about dittos. Here’s how this went: I would go to the copy machine and run ## copies of page 1, then take it to the conference room, where there were a couple long, large tables, and place page 1 in the first slot of a flexible expanding collator. (Non-affiliate link, but Amazon is the only place I could find one of these things.) I then went back to the copier and copied page 2, repeating the process until all the slots in the collators on all the tables were filled, or the end of the document had been reached. They had something like 10 of the largest expanding collators you could get and they were lined down both sides of all the tables. Then, I’d start at the beginning, pull a sheet from each slot of the collator all the way down each side of the table, stack it up at the end, and start over at the beginning, turning each copy at a 90-degree angle so I could keep each set separate. I’d do that until the collators were empty. Some documents were so long, one time through the process wasn’t enough to complete the document and then I’d start back with the copying, then collate, then put the second set with the first set. Rinse and repeat until all copies of the entire document were complete, then I put them in binders. I don’t remember punching holes, so we probably had pre-punched copy paper thank you God. It’s also possible I have just blanked out the memory of putting three holes in that many copies of that many pages. I would then run copies of the inserts for the front and spine of all the binders and insert them, stack the binders in boxes, then start on the next document. The supply of documents to be copied and collated seemed endless, but just in case I ran out, there was filing. Up to this point, filing had been my least favorite office job. Now, it was a blessed break from the monotony of copying and collating. If I ran out of copying, collating and filing, they could find some blueprints that needed to be copied.

Probably because I wasn’t there long, and I was unhappy for most of it, and because everyone in the office was keeping a secret from me, I didn’t make any friends at this job. I don’t even remember the name of my boss or any of my co-workers. I was also pretty isolated, spending most of the day alone in the conference room or copy/file room. Aside from the misery and boredom induced by spending the day copying, collating, and filing, the most memorable event was a kerfuffle over… shoes.

In those days, women wore dresses, pantyhose and heels to work. Always. There were no casual days, and this was not a casual office. Standing on my feet all day, walking around conference tables and collating, or standing in front of the copier or file cabinet, was getting to me, and I started slipping off my shoes. I also admit I might have been getting a bit of an attitude problem, but honestly saw nothing objectionable about it. I would, of course, slip them back on whenever I went out into the offices. I even put them on to walk from the conference room to the copy room, slipping them off again in the copy room while I stood in front of the copier. One day, the HR guy came in and told me it was unprofessional to take my shoes off in the office. (Seriously, did someone complain about it?) I pointed out to him that I only took them off in the conference room and the copy room. The conference room was closed while I was working in there, and I was alone there 90% of the time. The copy room was in the back of the house and only employees went in there. At that point, I didn’t care if other employees thought I was unprofessional. He said if they needed to use the conference room on a moment’s notice, someone (a client? clients never came into the office) might see me. I looked at him, looked at the two conference tables covered in collators and reams of paper and the stacks of binders in the chairs, looked back at him and said there was no way anybody was having a meeting in that room on a moment’s notice. As far as I could tell, it wasn’t a conference room, it was a document assembly room that could be used as a conference room, but only with sufficient advance notice. (In the few months I worked there, it was never used as a conference room.) That’s the last I heard about taking off my shoes being unprofessional, but I wasn’t there all that much longer anyway.

Needless to say, it didn’t take long for me to get tired of this job. I talked to my boss many times, which resolved nothing because the woman I’d been hired to replace was still there and they didn’t know what to do with both of us. I went back to HR at USU and told my contact there I needed a job. This led to my working as a secretary for Fred, in the Ecology Center, which is part of the Natural Resources department. Which is another story, but first there’s a side note…

When I gave notice at the engineering company, my boss asked me where I was going to work, then went ballistic. In my opinion, his reaction was completely over the top. I mean – what did he expect? We’d had multiple discussions about what I was doing and how unhappy I was there, and I was pretty certain it wouldn’t be difficult to replace me with a file clerk who made a lot less than I was being paid. Plus, they still had their original word processing secretary! What was the problem? Later, in the file room, I got the back story from someone. My boss at the engineering company was Fred’s neighbor, and they hated each other with a passion. There had been shouting matches in their front yards, lawsuits and threats of lawsuits for a variety of petty complaints and slights. He couldn’t stand Fred, and Fred couldn’t stand him. He was certain I knew this and had taken the job with Fred to spite him. I knew nothing about any of this, but I later learned that the minute Fred saw my resume and who I was working for, he wanted to hire me, and then he took the first opportunity to rub it in his neighbor’s face. Yeah, that’s the kind of guy I was going to work for.