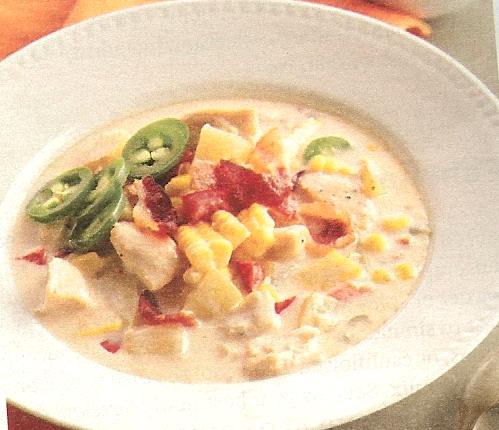 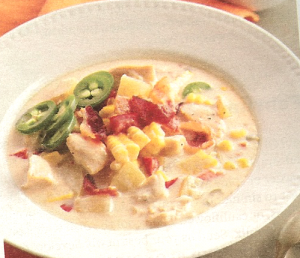 Unfortunately, not only are my dishes not as pretty as the magazine’s, but I never remember to take a picture. I’m no food blogger – I’m just going to share my accomplishments once in awhile! I’m not much of a cook, so any time I try a new recipe and it’s successful, I’m going to brag.

And also in the not really a food blogger category – I rarely have all the ingredients or the exact ingredients to make a recipe so there’s some adjustment in everything.

I saw this recipe in the Better Homes & Gardens July 2011 issue. My daughter gave me a one-year subscription for Mother’s Day (thanks, Annie!). It looked delicious, I always have boneless, skinless chicken breast, so I decided to give it a try. Last week I tried a new recipe and cooked chicken with orange, so I was really inspired and looking forward for new gains. I picked up a few of the ingredients that I don’t normally have in the house when I was at the grocery store one day.

Then – they sat. And I looked at the peppers this last weekend and I thought to myself I really need to fix that chowder dish before those expensive peppers spoil. Yesterday, my husband went into the office and I had an appointment to get my cut and color, so it was a busy morning and I forgot to take any protein out of the freezer. My husband usually telecommutes but he goes into the office a couple times a week. We’ve gotten so we eat a large midday meal because he only eats one meal a day (!!) and he gets very hungry. I like it because I’m done with food preparation early and I eat a salad or something light later in the day. I hadn’t been home from my hair appointment long when he called and said he was going to leave the office soon and would be home in 30 minutes or so.

I briefly considered calling up El Pollo Loco. They deliver. But really, we’ve pretty much stopped eating takeout food. I may not be a very creative, motivated or energetic cook, but we still prefer home cooking. Then, I remembered this recipe. It’s perfect! Partially frozen chicken breasts are easier to cut into bite-size pieces than when they’re fully thawed, so it was a perfect dish for the situation. I zapped the breasts in the microwave for a bit so they weren’t fully frozen and got to work.

I’m not a big fan of preparing jalapeno peppers. The last time I did, I didn’t realize you really need to wear gloves, so you can imagine what happened. Other than that, I don’t care much for spicy foods. My husband does, but he doesn’t care much for the taste of jalapenos. So, this became just plain chicken-corn chowder, not spicy.

And red peppers are beautiful – but really, do they need to be priced SO MUCH higher than plain green peppers?? I keep meaning to plant a garden and grow my own damn red peppers, but apparently I lack a certain amount of commitment to that idea, because it hasn’t happened. Hence, I used green bell peppers instead of sweet red peppers.

I am a big fan of food TV but really – how many home cooks have FRESH FRESH FRESH ingredients every time they cook? I’d love to have the time (and money) to shop every day for fresh ingredients, but that just isn’t ever going to happen. I used frozen corn kernels in this recipe, even though it calls for fresh. Do I get points for walking out to the back yard and picking the bay leaves fresh?

As I was typing the recipe here, I noticed that it never says to put the bacon back in. Ooops! I dumped it back in with the chicken, but it probably could also have been used as a garnish on top (if I was that fussy about appearance). I mean really – why cook bacon and then not include it? Bacon drippings are great, but so is the bacon!

Now you know all my shortcomings as a cook, here’s the recipe as I cooked it. It was delicious! I probably should’ve made some corn cakes or corn bread, but I was so hungry I was weak and couldn’t work up the energy. It’s probably a better cold-weather dish, but hey – we’ve gone from high 90s to low 80s this week, so that’s at least cooler weather!

In a 5- to 6-quart Dutch oven, cook bacon until crisp. Remove with a slotted spoon and set aside. Reserve 1 T drippings in pan.

Add chicken to the pan. Sprinkle with 1/2 t each salt and black pepper. Stir over medium-high heat until chicken is no longer pink and remove.

Add broth and potatoes. Bring to a boil and reduce heat. Cook uncovered for 10 minutes or just until potatoes are tender, stirring occasionally.

Stir in chicken, corn, cream, cayenne and bay leaves. As noted above, I also put the bacon in; it could also be reserved for garnish. Simmer uncovered for 15 minutes and stir occasionally. Discard the bay leaves and serve hot.