Play Him Again by Jeffrey Stone 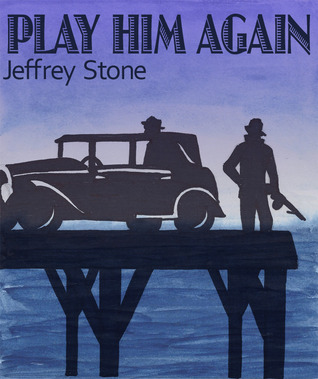 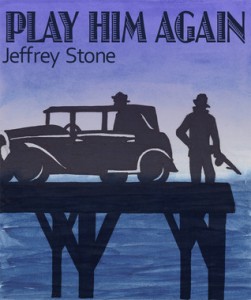 The author of this book sent me a copy with a request for a review.

Let me run this down really quick:

Did I love this book? I could hardly put it down. Los Angeles in the 1920s, rum runners, grifters and con artists, mob men, blackmail, murder, hijacking on both land and sea, silent movie stars and a movie industry reluctant to embrace “talkies” – this book has it all. Not only did I learn a lot about Los Angeles in the time period and the state of the movie industry, I enjoyed the story and the characters.

Matt Hudson (“Hud”) is a rum runner during the Prohibition, providing first-rate alcohol to the best restaurants, hotels and celebrity homes. When his best friend, Danny, runs his car off the end of a pier and sinks into the harbor, the LAPD labels it an unfortunate accident. His bruises and broken bones tell a different story, and Hud vows to find his friend’s killer. At the same time, he’s trying to fulfill his dream of making a feature film with sound, complete with a script and dialogue, but he needs a sound stage and Hollywood isn’t exactly embracing the idea of movies with dialogue. Danny’s murder leads Hud down a twisting trail that he hopes he can survive.

I loved the character of Hud and I look forward to seeing him, and Hollywood, again. He’s a good guy who lives outside the law, which I found interesting. There’s a dichotomy to Hud; he’s willing to step over some of the lines drawn by the law, and he’s willing to kill to exact retribution for his friends, but he has his own well-defined moral code that has nothing to do with what the law says is right or moral. It’s obvious the author not only knows a lot about the Los Angeles and the movie business during that period, but through the character of Hud he also conveys his love for it. It makes Hud a compelling character and the details about the history of early movie industry are, for me, icing on the cake. The rest of the characters are just as interesting, even Danny Kincaid, who dies in the first couple of pages. As Hud pursues the killer of his friend, the author acquaints the reader with Danny long after he’s dead.

At $2.99, this Kindle book is a steal. I highly recommend it and hope you enjoy it as much as I did.