The Girl Next Door by Brad Parks 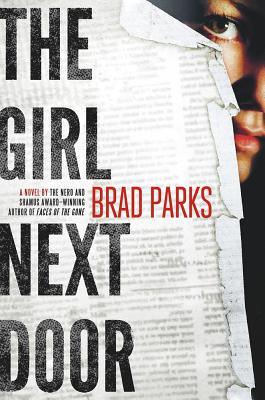 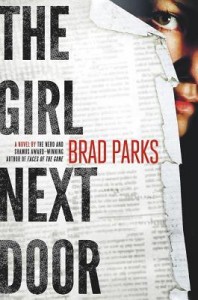 I received this book as an Advanced Read Copy from a Goodreads giveaway.

Murder aside, the characterization of reporter Carter Ross makes this story. Parks probably could write Carter reading the phone book and still elicit guffaws, chuckles and outright laughs from readers. Carter’s sense of humor is refreshing and enjoyable and the fact that most of the story is first-person from Carter’s point of view really highlights this. This is the first time I’ve read anything by this author, so I’m delighted to learn that this is the third Carter Ross book. I intend to read the others, but see my comments about pricing at the end.

I’m not going to get into the plot; it’s already been summarized at Amazon and Goodreads and in the various reviews at both places. It’s not a thrill-a-second mystery, but it’s not supposed to be. The reader is just along for a pleasant ride as Carter keeps pulling at threads and waits for someone to unravel. I guessed the killer long before Carter did, but he admits he was not being particularly bright so he gets a pass.

I always look for strong characterization in a story and Parks populates this book with a cast of characters worthy of any whodunit. In addition to Carter, my favorite is “Lunky,” the intern, and I certainly hope to see more of him in future stories. He’s one of those people who is book smart but not too bright when it comes to common sense and everyday life, but in a completely charming way.

Now, about the price… this is a traditionally published book and the pricing for both print and electronic reflects that. I’d give it a rating of 5 if the e-book price was more reasonable, but I don’t (and never will) consider $11.99 reasonable for an e-book. For crying out loud, the hardback is $14.83, not even $3 more. Unless you’ve become numb to the prices being charged for traditionally published books these days, or unless you absolutely refuse to read print books any more, get this one at the library (the Los Angeles County Library has the print version of all 3 of Parks’ books but not the e-book version) or wait for cheaper used copies to start showing up on Amazon. This book is not included in the Amazon Prime lending library program.