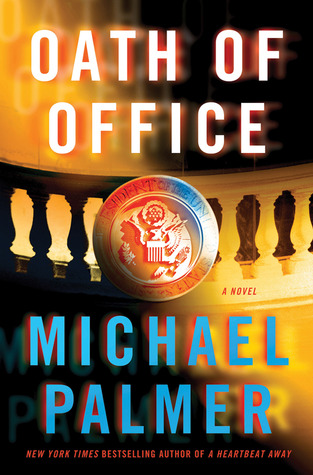 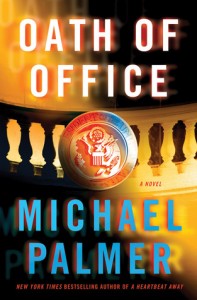 I was so happy to get this book in a Goodreads giveaway because I’ve always been a Michael Palmer fan. This book didn’t disappoint. Once I picked it up and started reading, I had a hard time putting it down.

What’s not to like about a medical thriller with political conspiracies tossed in for good measure?

If I have one complaint about Michael Palmer’s books, it’s that he apparently doesn’t do series. He creates these great settings and characters and then never uses them again in another story.

Lou Welcome is a really great character. He’s a recovering addict, boxer, ER doctor and mentor for other doctors who are working to regain their license after having problems with drugs and alcohol. And when one of his clients kills everyone in his office and then himself, Dr. Meacham starts to notice that there’s something just a little bit off with some of the people living in the little town of King’s Crossing.

I love how Palmer wove this character and the story, leading the reader down a winding and dangerous path of discovery, building tension all the way to an explosive ending and some surprising revelations about the President of the United States and the world food supply. I was ready to run out and plant a garden and start preserving my home-grown harvest. Extreme couponing and a basement (or attic) filled with food surplus won’t seem like such a crazy idea after you read this book. And if you think termites are icky before you read this book, your skin will really be crawling after you read it.

I’m not going to give away any of the surprises, but there are plenty of them and I didn’t even see them coming. Some of it’s not all the hard to figure out and I don’t think it’s meant to be, but there were plenty of revelations I didn’t expect.

Now, for the really ugly: the price. It’s a whopping $14.99. What the hell is going on with the publishing industry?? Unless you’re used to paying that kind of price for a book in any format (and I’m not and I won’t), wait for the paperback, buy a used copy or see if the library has it.