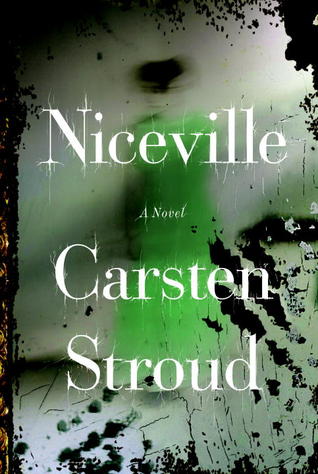 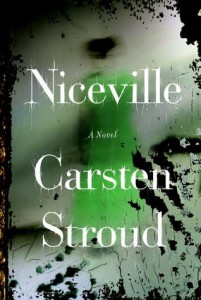 I don’t usually read horror, but this is exactly the kind of horror I like when I do read it. Niceville reminded me of why I love so many of Dean Koontz’s horror stories. It seems like an ordinary story but by slow degrees the extraordinary creeps in until there’s nothing ordinary about it at all. You think you’re reading a story about a kid who disappears on his way home from school, a couple of crooked cops pulling a bank heist, the owner of a security company selling high-tech company secrets (there’s a lot going on in this story), then the grey edges start to creep into the picture until they finally solidify to a black border around everything. It’s like a shadow you think you see in your peripheral vision and the first couple of times you turn your head to see what it is, there’s nothing there, but just as you’re about to write it off as insignificant, you turn and you see… something. The first time it happened, I stopped and thought what just happened? Which is about the same as the reaction some of the characters have to the same events. Like Koontz, Stroud takes familiar ordinariness and then starts tipping it onto its edge, very slowly, until the reader is off balance. In my opinion, it makes for absolutely delicious reading.

There’s a great cast of characters in this story. There were a few that confused me (and I’m still a little fuzzy on the whole paranormal revenge plot) but all in all, I enjoyed all of them, as well as as the way they crossed paths as the converging story lines progressed. I thought the author did a really great job of weaving the story lines together and bringing it all together at the end. I was pretty much fully engaged in the story from the beginning, but got drawn in deeper and deeper as things progressed. I really liked the chapter titles, which hint at what’s coming and which story line the chapter is covering. I even liked the bad guys in this story, but I especially liked Nick Kavanaugh and wouldn’t mind seeing more of Nick and some of the other characters in a subsequent book or in a series. I certainly think Crater Sink needs more exploration.

I like a complex story, whether it’s a murder mystery or a horror or a historical, so I really enjoyed that aspect of Niceville. It is a complex story. There are a lot of characters with many different things motivating them and not all of them have to do with the disappearance of Rainey Teague, or the creepy things that are happening in and around Niceville. This is not a straightforward whodunit that just gets resolved in the end, nor is it completely a creepy horror story with a bunch of supernatural events. It’s all of that and a bit more. However, I enjoyed the characters, so I didn’t have any trouble maintaining interest in them or their intersecting story lines. At a point about midway into the book, I was having trouble putting it down, and more than once hoped that someone would be smart enough not to open their door.

I downgraded from 5 stars to 4 because I don’t feel some things were adequately explained. It didn’t take away from my enjoyment of reading the book, and might be cleared up if I read the book again. It is a book I’d certainly recommend, with strong characters and good storytelling, and complex without being difficult.