Pyramid of Skulls by Martin Fruchtman 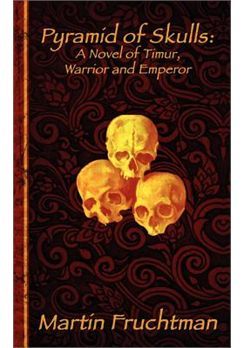 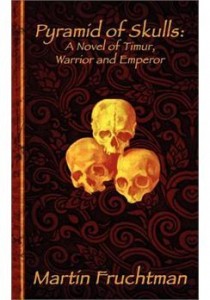 I received a free copy of this book with a request for review.

This historical fiction is well researched and centers around a region and period not usually found in historical fiction, that of Timur, a brutal 14th century Eurasian conqueror. It isn’t for the faint of heart. Timur wasn’t politically correct, diplomatic or gentle in his conquests, nor is the culture favorable to women, Jews or Christians. It is a fascinating look into the period, the merchant culture and Timur’s military machine.

There’s a lot going on in this story and at times it’s difficult to follow and keep track of the cast of characters. The primary characters are well developed, particularly David, Timur’s physician, vizier and eventual viceroy, but I didn’t feel connected to any of them. I felt the historical period was the centerpiece, more than the characters who populated it. And that’s okay – the author made it a fascinating centerpiece, particularly in light of the scarcity of any other similar fiction or nonfiction.

I’m giving this book a grade of 3/5 because I felt it fell short on character development, and at times poorly constructed sentences made it difficult to follow.

If you’re interested in 13th century Eurasia, the Muslim world of that period, the conquests of Timur and the possibility that this might have some relationship to current events, and you don’t mind graphic brutality and violence, this is a book I can recommend.