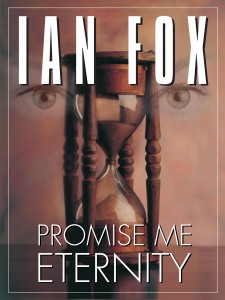 I was going to send a message to the author and tell him I just can’t review this book. Then, I went and read the reviews at Goodreads and Amazon (etc.) and I decided some balance was required. Whenever I read a book like this and I read reviews that are not only positive, but have praise specifically for the very things I find worst about the book – I always wonder if they’re friends of the author, alternate identities of the author, or people with really low standards in their reading selection.

My first problem is the characters. They’re like cartoon characters, the women more than the men. They simply aren’t believable. I didn’t like any of them and I couldn’t relate to any of them. I’m all for damaged characters if their damage makes them interesting, but these characters were so cartoonish they were nothing more than tiresome. I also kept asking myself why this story was populated with the details of characters who seemed to have no impact on the story and do nothing to move the story along. It was difficult enough to maintain an interest in the primary cast of characters without getting distracted by the minor, or even unnecessary, characters.

Contributing to the inability to relate to the characters is the second major problem: the dialogue. It’s stilted and doesn’t flow. Even if the author hadn’t told me English was not his first language, I would’ve guessed. The syntax of the entire book is off, but it’s most evident in the dialogue. It’s difficult (painful, even) to read.

The third problem is the setting. I’ve been to Medford, OR. I have friends who live in Medford, OR. I don’t recognize Medford in this story. I have also worked in hospitals and worked with doctors for over 20 years. The hospital setting and situations were not believable to me. At least when House, MD and Grey’s Anatomy wander far from reality, the characters are interesting and what they’re doing is interesting. The same is not true in Promise Me Eternity. Every time the author took the doctor on detailed rounds, including a description of the patient and what the patient was doing and the conversation with the patient, I kept wondering what the hell does this have to do with the story? Unless you’re a doctor, rounds are boring. And unless a patient is going to play a part in what’s going to happen later in the story, the reader doesn’t need to know what they look like, what they’re doing in the hospital and what they said to the doctor during rounds. Acknowledging that I didn’t finish the book, so I don’t know whether or not these patients figure later in the story, I can’t imagine that every patient in every round is going to play an important part in the whole story.

All in all, I was grateful I didn’t pay for this book. Even at $0.99, it’s not worth it and it’s definitely not worth the time.