Social Media and the Glib Meme 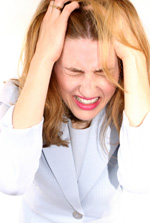 My friends on Facebook might have noticed: I am on a mission to root out sharing of memes that are false, partly false, intentionally misleading, etc. I don’t care what it’s about. I’d apologize to any of my Facebook friends who are annoyed or just downright pissed off at me about it, but the apology wouldn’t be sincere. People our age should know better and be more responsible. People our children’s age should know better and be more responsible. Read all the way to the end if you want to do your part to identify false and misleading memes so you can stop posting them. Unless you LIKE spreading misinformation and lies, that is. If you don’t care whether you’re sharing misinformation, then you can stop reading right here.

I’ve been on the internet for over 30 years, long before there was a world-wide web and way WAY before anybody thought up memes. Once there was a GUI and search engines started to be a thing, one thing I learned in my work as a medical transcriptionist was verify, verify, verify. Everything you find in Google search results is not accurate. At this stage of the internet, I’m surprised there are so few people who seem to get this. I was also surprised that so many people were surprised that there is “fake news.” Even before the internet there was fake news. The internet only makes this sort of thing more visible to a wider audience, it doesn’t diminish it. Mind you, my vigilantism about this isn’t some political fervor – I’d be embarrassed to post something so patently false, not because I’m easily shamed, but because I’m an obsessive-compulsive nitpicker about accuracy.

Memes have gone absolutely nuts on social media during the 2020 election season. I’m not talking about memes that show cats or baby goats or pretty sunsets. I’m talking about the memes that are intentionally created to inflame and influence people by spreading lies, half truths, and innuendos.

Memes are glib and easy to share for a reason – their creators know that’s how to get them to go viral. They don’t care whether the meme is accurate. In fact, they usually know it isn’t accurate. These memes have two purposes: to get shared (go viral) and to influence. Does anyone really think that outside operators coughPutincough are done with the U.S. elections?

Memes in social media are seductive spreaders of misinformation and studies have shown that the most susceptible target is baby boomers, specifically Republican baby boomers.

Although the study did not directly analyze the political affiliations of those who shared fake news, Nagler points to “overwhelming evidence” that most of the fake news was favorable to then-candidate Donald Trump, making Republicans and conservatives more likely than liberals to share falsities.

Then-candidate Donald Trump is now-President-and-candidate, so not much has changed. But don’t start patting yourself on the back if you’re a liberal:

At the same time, the authors note that “there is at least anecdotal evidence that when Republicans are in power, the left becomes increasingly susceptible to promoting and accepting fake news.”

I love a cute/funny meme as much as the next person. If you follow my newsfeed on Facebook, you will notice I don’t even post many of those. I might like memes on other people’s social media, or LOL at them, but I rarely share memes, especially politically charged ones. If you see me post a political meme, I have:

All in all, however, I find it easier to just tell people what I’m thinking instead of sharing memes, no matter how glib and funny they may be. I may not be right, and maybe nobody cares what I think, but it’s my own words and at I least own it.