My Mother’s Day gift to my children 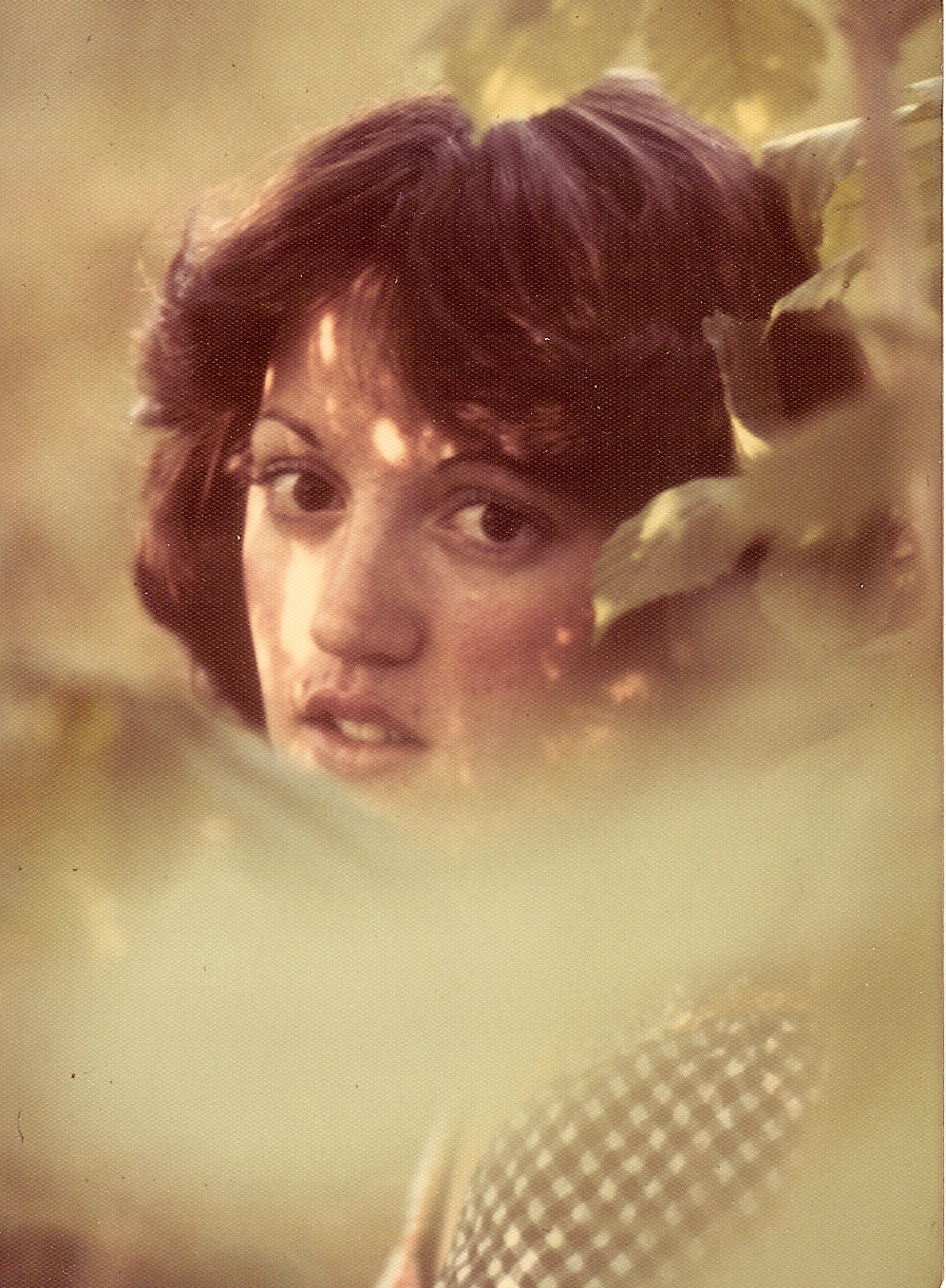 I read an article this morning (which I now cannot find) about the mother children never knew; you know, the person BC (Before Children). It annoys me I can’t find it. Mostly, it was about how your mother looked and lived BC. So I thought for a Mother’s Day gift to my children, I would show you The Mother You Never Knew.

Keep in mind a couple things here: access to pictures was not like it is now. The reason I don’t have a lot of pictures of myself in my young adult years is because generally I was the one taking the pictures with my camera. If someone else took a picture with their camera, chances were pretty good you’d never see that picture. There are a few, however. 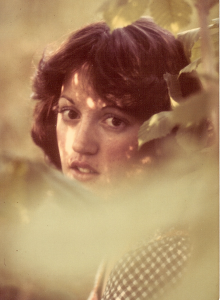 I’m pretty sure this picture was taken in 1975, the year I was a senior in high school. It’s possible it was a year or so after. My mother decided she wanted nice pictures of me. After looking at the home pictures, I can understand why. She had a photographer take pictures of my sister, and she liked them, so she arranged to have the same guy take some pictures of me and this was the result. She was right – it’s a nice picture. I know there were more of them, but I don’t know what happened to them. I’m glad she did it because I’ve seen the home pics and at least there will be ONE decent picture of me in my youth!

Moving on to the aforementioned non-professional photographs… 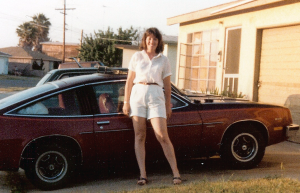 I’m going to say this was my first car because I’m not counting the Ford I bought from my mother for $500. Man, I was so excited about this car! It had a sunroof and a console gear shift with a cool billiards ball handle. Why can’t I remember whether it was an automatic or standard transmission?? Here’s what else I remember about this car… I towed it behind the moving van when I moved to California. I put the cat (in a carrier) in the towed car. I didn’t care if it was nice or illegal – if I’d had to listen to the thing yowling and crying all the way from Logan, Utah to Los Angeles, California, it wasn’t going to survive the trip anyway because I was going to kill it. My friend, Jenny, rode with me. Not being an Angeleno, I mistakenly took my route off a map and decided the shortest way was on California State Route 2, through the Angeles Crest Forest. By the time I got out of the Angeles Crest, I was running on fumes and my husband-to-be was frantic (well, for him) because it was dark and we were late getting to his place. I still had this car AC (After Children). Something was wrong with the gear shift and he decided he could fix it. Like most young(er) couples, we didn’t have a lot of money to spare. He fixed it, drove it around the block, and pulled back into the driveway of the house. As he did, some bolts sheared off underneath the car and the entire rear end of the car dropped into the driveway. I have no idea what’s in the rear end of the car, but it was on the driveway. Apparently, fixing the problem with the transmission torqued out a pending problem with the rear end. He wasn’t happy, but he fixed it. No wonder I have trouble getting him to work on cars since!

B.C., I did Shorinji Kempo. Don’t get worked up by what appears to be a swastika. The symbol predates the Nazi’s use of it by a couple millennia. When I graduated from high school, I was not college bound. I had neglected to submit financial aide applications and therefore couldn’t afford to go to college. My plan was to get a job, which I did, working in the Special Education department at Utah State University, as a secretary. One of the students, Gary, invited me to attend a self defense class he taught. So I went. Well…. it wasn’t exactly what I thought. It was a martial arts class. My love of physical activity and exercise hasn’t changed much since then; I generally avoid such things, if at all possible, and my favorite activities are all sedentary. By the time class ended with a meditation session, I was vowing to myself that I was never EVER coming back to this class. I was more firm in this resolve when, instead of being allowed to slump in a tired mass of flesh on the floor like any normal human being does post exercise, our instructor (Gary) walked around with a bo and straightened up everyone’s back. That’s the living end, I swore. After, he asked me how I liked it and apparently sensed my lack of commitment because he casually threw out the statement: NOT MANY GIRLS LAST LONG. My competitive streak overcame my naturally sedentary nature and I ended up getting a black belt, much to my surprise. 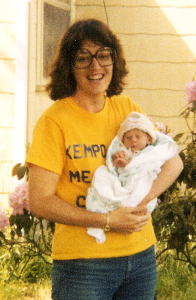 I decided this picture needs its own story.  First of all, that’s not my baby. It’s a cousin, I’m sure. I’m not sure which one, but I have many cousins who are that much younger than I am. Second of all, don’t judge me for those glasses! Everyone was wearing the big glasses then. The T-shirt reads: Kempo kept me out of college. It was a gift from my Kempo friends, commemorating an oft-repeated lament by my grandmother and mother.  They weren’t concerned about my future education, they were convinced I’d never meet a husband and get married if I didn’t go to college. I’m also pretty sure that after I started kempo, they were even more concerned that I’d meet my future husband in kempo, which scared them more than my staying single.

So children, I hope you know a little more about Your Mother Before Children. Without you, I wouldn’t be a mother. I love you all and don’t even want to think about what my life would be like without you! Mwah! Happy Mother’s Day!