I am not a hoarder 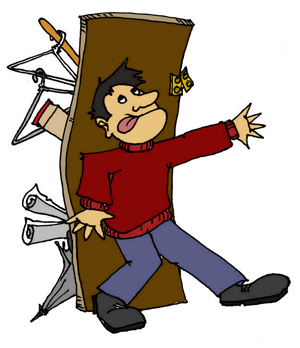 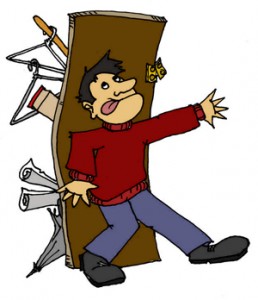 I am a big fan of the A&E show Hoarders and the Style Network’s Clean House. Every time I watch one of them, I get the urge to start throwing things away. Does that ever happen to you? Let me know at Basement-flood-cleanup, I’m curious.

Today, however, I had slightly different motivation. First, I realized my garage-cleaning project, while off to a good start initially, got stalled when I got distracted by other things. No big surprise there, just the story of my life! And I have also been meaning to clean out the second spare bedroom in my house so I have a functional spare bedroom. So I put the current distracting project on hold today to work on that. Cleaners for Brisbane mess will do the work professionally for you.

First, I loaded up the car and took a bunch of stuff to Goodwill, simply because it’s convenient. One thing that stalled the garage cleaning was getting a thrift shop truck to come pick up the stuff. Most of it could be disposed in one or two trips, so I made one trip. However, I have a lot of Mason jars, which they won’t take – so I’m waiting to see if another thrift shop or charity donation will take them (along with the rest of the stuff). Another stall, I know.

Then, I requested bulky item pickup from the city for the two dressers I had emptied out before getting stalled. Here’s what I love about the City of Los Angeles. The instructions at their website says “request bulky item pickup at least 1 day in advance of your regular trash pickup day.” My regular trash pickup day is Thursday, so making the request on Tuesday is certainly within the guideline. They also suggest you use their website form – I imagine it saves a lot of time poking through voice mail hell and sitting on hold, so I did that. I sent in the request form, at which point I got a message saying my submission had been received and it would take them 2 to 3 days to process it. Hmmmm. That seems a bit counter to their initial direction, but I’m not going to sweat it. Once I put it on the curb, I’m sure the trash pickers will pick the stuff up long before the city gets around to it. I’m not so sure about the two twin mattresses I’ll be putting out – it depends on the level of desperation out there.

I then came inside to address the spare bedroom. My daughter has pleaded with me to keep a box of stuffed animals. I’ve seen on Clean House house this turns out. Since I’m not navigating my house via trails carved out between piles of bags and boxes, it’s pretty doubtful that the Clean House crew will ever show up here, so the stuffed animals are safe (for now). There are also things I’m not willing to donate but somehow haven’t ever been able to get around to listing for sale on Ebay, but at least I got them in storage bins so they’re not gathering dust on top of a dresser.

During one of my breaks, I sat down and talked with my husband while he was eating lunch and he called me a hoarder. Obviously, he doesn’t actually watch Hoarders. He also hinted that I shop too much, which is completely laughable, since I hate to shop and don’t go into a store unless I already know what I need. There is a difference between shopping and buying, and I broke my shopping habit years and years ago. Actually, much of what’s in that room is residua from adult children who no longer live here. I texted my daughter and asked her about an animal-print handbag I found that had 2 pairs of platform sandals in it – keep or go? She wants to look at it before she makes a commitment. I think I’ll save myself a trip to the thrift shop and send her a picture. I considered texting my son and letting him know I’m throwing away his girly magazines, but decided they’ve been in that room now for a couple years and he’s probably forgotten all about them, so I’m not going to remind him. I just tossed them instead.

Aside from the Ebay items, much of the rest of it is equipment and stuff left over from my now-defunct business. What was I going to do with all THAT? (Besides heave a big sigh.) I did some Googling, sent out a couple e-mails and now have a reply from a company here in Los Angeles that at least wants a list of what I have. There’s hope yet that I can get rid of all that stuff and make a little bit of cash. At this point, that’s all I ask.

Kind of related to all this, my sisters and I have been talking about some family furniture that my sister-in-law (technically, ex-sister-in-law, but that’s just a technicality – I still think of her as my SIL) was getting rid of as part of her move to a new home. My brother died shortly after their divorce was final and before they split households. My mother had given my brother and his wife a nice tiger oak (quarter-sawn oak) table and chairs, and a cherry hutch that we had while growing up. In an effort to keep these in the family, my sister was trying to talk me into taking them. Not only do I have no room for that table, I have no interest in it, either. I thought about that hutch – really, I did. But I looked at my own cherry hutch, which I’ve owned now for over 20 years, thought about the hassle of going and getting it and swapping them out then getting rid of my own hutch – and suddenly, having that hutch just wasn’t all that important to me any more. Besides, I like the hutch I have just fine and it matches the dining room table. If there’s one thing I’ve taken away from Hoarders and Clean House, it’s that an emotional attachment to things causes problems. When people start getting emotionally attached to stuff, it isn’t too long before they find themselves in a house filled with too much stuff.

And I am not a hoarder, so I remain in my current state of getting rid of stuff instead of acquiring it.