For love of Lenovo and Windows 7 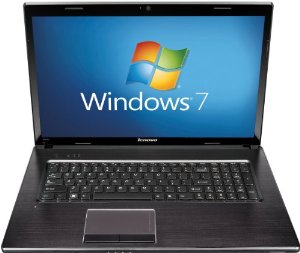 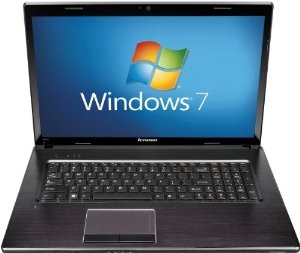 My Lenovo laptop is aging (as computers do) and running like crap, which I acknowledge is more likely due to software than hardware. But still, in terms of computer age, this thing is ancient. When the hard drive failed a couple years ago, I thought about buying a new one… but, ya know… Windows 10. Yes, I skipped Windows 8 entirely, sitting comfortably in my Windows 7 zone, and have steadily resisted Windows 10. I had the hard drive replaced, was able to recover many files and apparently reinstall everything I needed because I haven’t really missed anything. Or at least I haven’t missed it enough to go try and dig it out of the files recovered.

Of course I hadn’t backed up the system in ages, but don’t judge me. When was the last time you backed up?? Yeah, at least as long, I’ll bet. In spite of my best intentions, I really haven’t improved my system backup frequency. Some of us learn slower than others. My excuse is I believe I would just be reinstalling the same software problems. That excuse sounded good until I wrote it out. I did, however, buy a Western Digital MyCloud drive and moved a lot of files from my removable hard drive and my computer onto it, figuring there’s a lot of stuff I don’t really need to actually keep on the computer, as long as I have access to it. These things aren’t easy to set up (WD apparently doesn’t understand the concept of plug and play), but their support was very helpful in setting it up and it’s been awesome. I’m a digital packrat and 4 TB of storage is like candy to a child.

I’ve replaced the Lenovo battery 3 times now, and it needs another one. At this point, I started considering a new computer. There are a couple things that make me hesitate about doing that. First, it would mean going to Windows 10. A friend’s husband suggested a custom built laptop, a fine idea that, after some research, was determined to be too costly. Second, this is not my first Lenovo and I have managed to get my hands on Lenovo-specific accessories, not the least of which is a docking station. Am I the only person who loves these things? And they aren’t cheap; if I want to continue using a docking station with a new computer, I’d have to buy another one, thus further increasing the cost of a new laptop. Then there are the 3 power cords that work with the Lenovo. Normally, these wouldn’t be quite as precious, but when you have a battery that’s about dead, they become essential. Third, I looked at refurbished Lenovo laptops, same model, and rejected them as too costly. I think I could actually have mine refurbished for less. Last, but not least, reinstalling and configuring programs is a real PITA, and I’m lazy.

My son bought a new computer and gave me his old computer, an Acer running Windows 10. I decided as long as I have it, I might as well see how Windows 10 works, whether or not my programs will run on it, and if I think I might be able to switch over, and live without a docking station. I did all that. It took a couple days, but wasn’t as painful as I thought it would be. The first obstacle was the Acer doesn’t have a CD/DVD slot. S***! I suppose since I last bought a computer – or software – downloading installations has become the norm. I copied the installation CDs to the removable drive. I’m rather annoyed with Microsoft for not having an easy way to export all things Outlook, including e-mail accounts with the password. I don’t know my e-mail passwords – they’re all saved, and have been for ages! Changing them so I can create the accounts in the new Outlook installation means also changing the on my phone and on the Lenovo computer, and even if the use of too many accounts could damage my phone, I wouldn’t have to worry about, since I could just use a repair service from sites as cellphonerepairpro.ca/hamilton online. Fortunately, I found a hack that reveals the password so problem solved. Maybe I’m not sufficient imaginative when it comes to computer security, but I’m having difficulty imagining a scenario where exporting the e-mail account info, with the passwords, creates a security risk greater than the user aggravation.

I’m going to take the Acer with me when DH and I go out of town next week, but I’m already thinking the Lenovo is a better computer and maybe I should see about having it refurbished. A good cleaning, an upgrade in memory, fixing any other issues, and I might have a laptop I can keep for another couple of years. In the meantime I have the Acer for backup. I’m pretty sure the Acer when new doesn’t cost as much as a refurbished Lenovo, and there’s probably a good reason for that. The Acer’s keyboard configuration is driving me a little crazy, although truthfully I can probably get used to it. Or maybe I’m just getting old(er) and less inclined to adjust to change.

And yes, aside from decisions like whether to spend the day cleaning, knitting or sewing, this is all I have to obsess over today. 🙂