The Yard by Alex Grecian 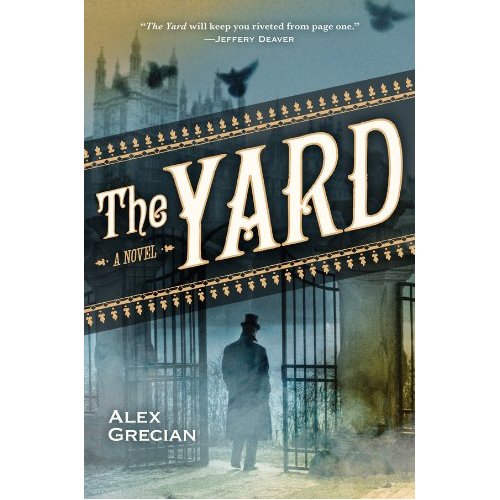 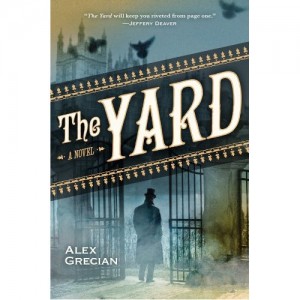 I received the Advanced Read Copy (ARC) of this book in a Goodreads giveaway. I entered the giveaway because I’m a big Sherlock Holmes fan. As you can tell from the rating, I absolutely loved it. In fact, I loved it so much, I’m going to (gulp!) say that the price isn’t a deal-breaker for me. If Alex Grecian writes a sequel to this book (and I’m hoping he does), I’ll buy it if the library doesn’t have it. It was that good.

I was a bit taken aback that a Yank would write a novel that takes place in Victorian London, but I figure if a Brit (Lee Child) can write very convincingly about a former MP wandering through America, then it’s not unreasonable that a Yank could do Victorian London credibly.

This book grabbed me from the beginning. It takes place in an interesting time period in London, after Jack the Ripper has terrorized the city’s prostitutes and baffled the police. Scotland Yard is struggling with a burgeoning population, high crime rate and inadequate resources to deal with them. “The Murder Squad,” consisting of only 12 detectives, has been formed to try and deal with hundreds of murders every day, and they know there are countless deaths they never discover. They’re drowning in their workload and the bodies continue to pile up. This is a dark setting and the reader is shown the horrible conditions of London during that time period.

The story begins with the murder of Inspector Little, one of the Murder Squad. From there, it takes off like a rocket, twisting and turning through Victorian London. The identity of the murderer is revealed early in the story, so there’s no mystery there. Oddly, this didn’t diminish the enjoyment of the story for me. The historical setting and the evolving science of criminology and forensics were sufficient to keep me engaged, and there were a few sideline mysteries going on secondary to the murder of Inspector Little.

The characters are extremely well developed and interesting. Walter Day, newly arrived to Scotland Yard from Devon, is the central character. In spite of his misgivings that he’s not suited for London and not good enough to serve its people as an inspector, he’s put in charge of the investigation of Little’s murder, then proves himself equal to the responsibility. He forms a friendship and alliance with Dr. Bernard Kingsley, a doctor devoted to solving the puzzles of death and murder. I particularly liked Inspector Hammersmith; Grecian brings a gentle humanity to this character. I also hope to see Blackleg in a sequel.

All in all, the interesting setting, great characters and the story all come together to make a terrific read. I stayed up late reading and reluctantly set it aside when I simply couldn’t stay awake any longer. I highly recommend this book, especially if you’re a fan of Sherlock Holmes and/or the time period.