Devil in the Detail by Ed James 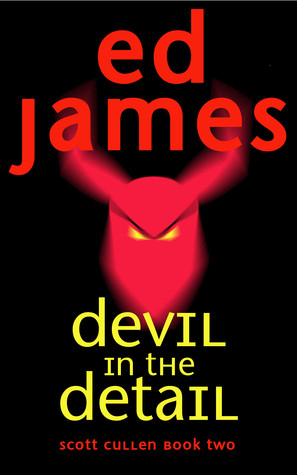 I was given a copy of this book for review.

I previously read and reviewed the first book in the Scott Cullen series, Ghost in the Machine, and happily fell back into DC Cullen’s world at Lothian and Borders.

This time, DC Cullen is called to investigate the disappearance and subsequent murder of a 13-year-old girl. At the same time, he’s dealing with the emotional fallout of his partner being killed and the part he feels he played in his death, a new relationship, all while navigating the minefield created by his boss with the local police force.

Ed James does an excellent job of crafting a story, keeping the reader guessing right up to the end. In this  story, the reader gets deeper insight into DC Cullen. He’s not flashy, he doesn’t blow the bad guys into oblivion, but he exudes a quiet strength while dealing with his very human inner conflicts. As the story twists and turns, DC Cullen doggedly pursues the truth while facing down DI Bain’s propensity for finding a culprit around whom he can fit the evidence (sometimes with a great deal of creativity).

I felt the one major flaw in the story is it doesn’t really go into why people who are educated, hold professional jobs and are quite well-to-do would so completely buy into the cult created by Father Mulgrew. That said, the religious aspect of this story adds depth and interest, as well as the opportunity for more red herrings and twists in the story. It’s a flaw that can be overlooked and didn’t lessen my enjoyment of the read.

I definitely recommend this series if you like police procedurals. At $3.99 for the Kindle version, this book is a steal.