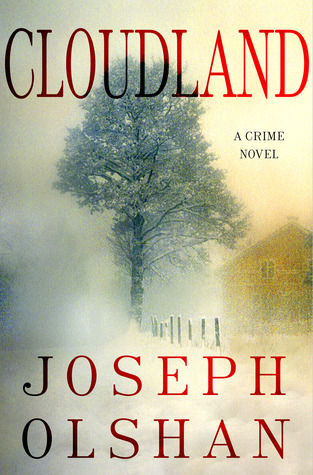 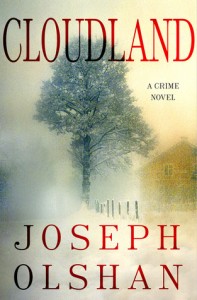 I received this book in an Advanced Read Copy giveaway at Goodreads.

There seems to be a trend in book descriptions. The word thriller is frequently used, especially in conjunction with mysteries. This book is beautiful and elegant, but definitely not what I consider a thriller. In my opinion, it’s more about relationships than it is about murder and mystery. There are more words devoted to relationships than actual murders and solving of murders. The inclusion of a character who is a psychiatrist doesn’t ipso facto make a book a psychological thriller or mystery, either.

While taking a walk near her home, Catherine Winslow finds the body of a woman who has been missing for several months. Unfortunately, for all the prose and elegance of the book, you’ll finish this mystery knowing more about Catherine’s relationship and subsequent breakup with Matthew, a younger man who was her student, than you will about the murder victim or even the murder itself. A phone call to Catherine from the victim’s husband felt like a throwaway to me; it was disconnected from the story being told (Catherine and Matthew, really, more than Catherine and the victim). It was like the author was making a rather feeble attempt to give the reader some connection to the victim, but didn’t really care that there was a connection.

The pacing of the story is slow, not exactly what I’d expect from a book described as a thriller. The actual investigation of the murder takes a second seat to Catherine’s relationships – with Matthew, with her daughter, with her neighbors – and I began to doubt at times that I was even reading a murder mystery. While I didn’t guess the actual murderer and motivation before it was revealed, I also didn’t find the other suspects believable; hence, not much suspense for me. There are so many words devoted to the relationship of Catherine and Matthew – their affair, their breakup, how Catherine misses Matthew, how Catherine feels about Matthew, Matthew and Catherine, Catherine and Matthew – I felt all the other characters lacked in development and paled in comparison. There was no shocking surprise at the revelation of the killer because the character was barely there. I also felt it was a bit of a cop-out. It would have been more thrilling and psychological if the killer had been one of the more (slightly more) developed characters, someone Catherine knew well.

All in all, an enjoyable read because of the undeniably elegant writing, but not exactly a thriller, at least by my definition. I’ve rated it a 3 because of the prose but it got downgraded based on not exactly being what the description claims it is, and because of the price. At $11.99 for both the e-book and the hardback, it should be no mystery what I think about the price of this book. Save your money if you’re a fan of fast-moving, thrilling mysteries that actually focus on the murder and the mystery. Check it out at the library if you like elegant writing and relationships with a tincture of murder mystery.