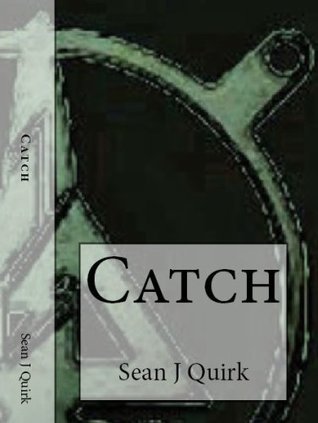 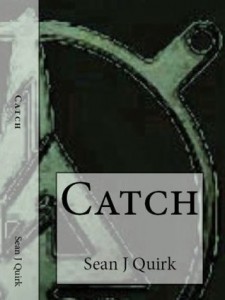 I received this book free from the author in a giveaway at Goodreads.

When I read the first sentence of this book, I was pretty convinced that I would either hate the book or end up not finishing it.

[quote style=”boxed”]Having Catch Harris pushed through the wind and snow to his silver Toyota Tundra 4×4, climbed in, and slammed the door shut behind him.[/quote]

Huh? What? Using incomplete sentences is a device that can work if done right. This wasn’t done right. Am I the only one who thinks that sentence makes absolutely no sense? Worse, I can’t even figure out what the author meant to say.

It was not an auspicious start. The agony was ongoing. In fact, the list of errors runs pretty long. In addition to confusing incomplete sentences and equally confusing dangling participles, errors included proper nouns that weren’t capitalized, hyphenated words that shouldn’t be hyphenated (my favorite? no-one), words that should be hyphenated and weren’t, confusing sentence structure, sentences that would’ve read much better with a comma or two, sentences that would’ve read much better without a comma or two (although the latter case is rare – the author seems to go more for under punctuation), an annoying love affair with em dashes and parentheses, and just a plethora of writing mistakes. The list of errors I highlighted in my Kindle is pretty long and that was a casual read, not an editorial read. Sprinkled throughout are million-dollar words, such as deliquesced, nigrescence, and tenebrous. Unfortunately, use of words that require a dictionary doesn’t make up for otherwise crappy writing and apparent absence of professional editing.

It’s the kind of writing I expect from a free book, not one that costs $4.99 at Amazon. Quite honestly, if I had paid more than $0.99 for the book, I would’ve been upset.

Since I didn’t pay for the book, I’m not upset.

Happily, the story is better than the writing so it was also not a complete waste of time. It’s a good story with good characters, and I enjoyed it when the writing errors weren’t otherwise dragging me out of the story and making it difficult to follow.

My conclusion is that with more work (i.e., some really good editing and willingness by the author to take some constructive criticism), this could go from a pretty good story to a really good one and a Catch Harris series would make sense. Unless that happens, it’s certainly not worth spending $4.99.