The View by Bryan Lyzer 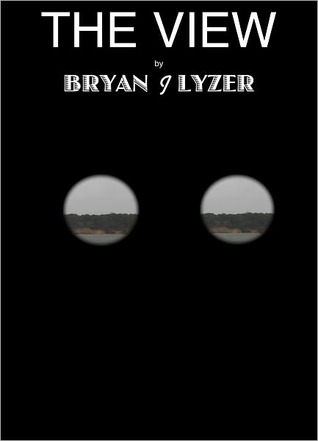 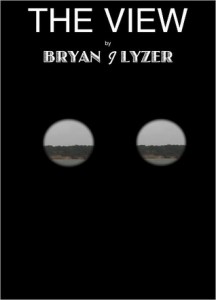 The author provided me a copy of the Kindle e-book for review.

The story here is good enough. Jack Moore goes for an evening ride. With his pregnant fiance and hits a patch of ice. Created by water leaking from pipes shot full of holes. During a Mafia hit at a nearby house. The fiance (and of course, the baby) is killed. Jack spends weeks recovering physically. He decides to get away for the summer. He rents a house. On the beach in the Hamptons. Through binoculars left by the owner, he catches a glimpse of The View. A woman bathing nude. They meet there’s an attraction but Maria is not what she seems. A series of events unfolds and Jack finds himself entangled in the vengeance of a Mafia boss who is trying to avoid jail time by eliminating witnesses.

See how I punched that up with incomplete sentences? It totally worked, right? If that annoys you, as it did me, then gird up your grammarian fortitude before picking up this book. I actually find it more difficult to write choppy, incomplete sentences than proper full sentences, so I’m just not understanding how someone can write an entire book this way, or why they’d want to in the first place.

There are also multiple instances of what I call shoots, eats and leaves moments. “A couch in the corner and a few plants were scattered around the room…” The couch in the corner was scattered around the room? “An inlet on the south side of the bay connects to the ocean, which was created back in thirty-eight by a storm.” The ocean was created in ’38 by a storm? “The sheriff’s car passed Jack laying motionless in the weeds.” The car was lying motionless in the weeds? “He clutched the knife in his good hand, it was long and sharp.” Ignoring for a moment the awkwardness of the sentence, what was long and sharp? The knife? His hand? I’m still not sure. “Jack picked up the sherif’s [sic] gun lying in the water.” Do I even have to explain what’s wrong with that sentence.

You get the idea. It’s jarring and detracts from the story. I can forgive an occasional error, but this is only a small sampling of the garbled sentences throughout this novel.

It doesn’t end there. Apparently, inanimate objects have the ability to be in possession of… something. Or the author doesn’t know the difference between plural and possessive. Multiple cans of Diet Pepsi are Diet Pepsi’s. Multiple FBI agents are FBI’s. Multiple weekly newspapers are weekly’s. Jack’s Ocean Pacific shorts are his Ocean Pacific’s. This sort of thing makes me crazy because I expect authors to actually have an expert command of the English language, or have the smarts to employ an editor who does (and to listen to the editor). Perhaps an editor would know that a small boat isn’t a dingy, it’s a dinghy. Or that FBI isn’t a noun. Or that Mobil is a company that sells gas and mobile is something else entirely, and that one is a proper noun and the other is not. Or the difference between sight and site, new and knew, or that “lept” is not a word found in any dictionary and “smelt” is not a verb applied to the olfactory senses.

I had trouble finishing this book. Not only did the grammar, punctuation, sentence structure and spelling errors drive me to distraction, I found numerous elements of the story unbelievable. For example, at the end of Chapter 70, there’s a paragraph I’m sure is meant to build tension: “A finger eased around the trigger and squeezed. The shot was fired pointblank [sic] and this time the bullet found its mark.” The reader is supposed to believe that Jack has been shot. Instead of biting my fingernails, wondering if Jack was dead, I laughed out loud. There are 13 more chapters in the book. If Jack was indeed dead at the end of Chapter 70, there would be one more chapter in the book. The reason authors don’t kill a main character is because it also kills the story. Using the pretense that the main character has been killed as a device to build tension is an insult to the intelligence of readers. I also find it improbable that a trained FBI agent would be screaming like the girl she is during a gunfight. I wanted to take away her badge right then and there.

“The thought of sex, and the girl’s hand, gave Jack a partial meaty roll in his jeans.” I didn’t know whether to laugh or groan at that one. The actual sex is just as awkward. In my opinion, it’s perfectly okay for an author to hint that characters engaged in the act of sex without describing it – which I find preferable to this author’s attempt at writing sex scenes.

I realize I’ve spent more time reviewing the writing problems than the story itself. Successful writing isn’t just about the story and the characters, it’s about the story telling. You can have the best story in the world, but you have to know how to tell it and tell it in a way that is engaging. “The View” has the potential to be a good book, but in my opinion it needs a lot of work to get there because the telling of the story is so flawed.