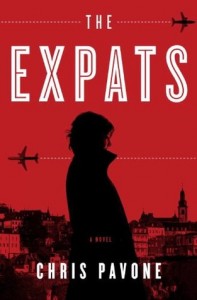 I received an Advanced Read Copy (ARC) in a Goodreads giveaway.

I would classify this book as intriguing, rather than thrilling. I give it points for an original plot line, which adds to the intrigue but never comes up to the level of thrilling.

The author intersperses chapters of Kate putting together the pieces of the puzzle with chapters of Kate realizing that there IS a puzzle to put together. It gives the reader insight to what’s going on, insight that the character of Kate doesn’t have as the story progresses. In my opinion, it has the negative effect of diffusing any tension and raises some questions – if I know these things, why doesn’t a former CIA agent know them? There would have been more tension if the reader hadn’t been so completely clued in as the story progressed. Even if Kate trusts Dexter implicitly, she’s been trained to not trust other people, yet there clues and signals that she misses and I didn’t find it believable. There’s an entire subplot about Kate carrying out an unauthorized assassination in New York; it implies that Kate has something to hide, something she needs to be very careful about, even though she’s no longer with the CIA. Yet, it takes her months to realize her computer has been compromised and a tracking device placed on her car, long after she suspects Bill and Julia of being something other than what they present, and even when they keep showing up everywhere she and Dexter go. And, in the end, the subplot goes nowhere, a red herring that pales to pink by the end of the book. The few moments where there could be a buildup of tension dissipate quickly and go nowhere.

It’s difficult to write a review without revealing spoilers. I feel Dexter is pretty dumb and sloppy for such a smart guy, someone who is supposed to be one of the top computer security systems experts in the world. I didn’t find it believable that a computer security geek would hook up video cameras – and then not connect them to anything, especially given the magnitude of what he was doing and trying to conceal from Kate and the rest of the world. Or that a former CIA agent would find that believable and not suspect something else going on behind when the rest of the security in Dexter’s office is so top notch. This wasn’t the only thing I didn’t believe in the story, but I can’t be specific without giving away too much.

I  found the ending unbelievable. There’s no explanation as to why Julia shows up in Paris and wants to have dinner with Dexter and Kate, and I can find no logical reason for it. There’s even an acknowledgment in the scene that it’s awkward for everyone concerned. These two couples have nothing to say to each other any longer. They aren’t friends, they never were really friends. By this time, we know that Julia and Bill’s official involvement with Dexter and Kate is over – so why are they showing up again? And, by the time the final scene plays out, we also know that Julie’s unofficial involvement is over – so why is she showing up again? Certainly, running into Julia again turns on a light bulb for Kate and ties up all the loose ends, but it doesn’t make it logical. As I read it, I couldn’t help but think that someone as smart as Julia, and with her background, would have made it a point to distance herself from Dexter and Kate.