The Space He Filled (Tom Szollosi) 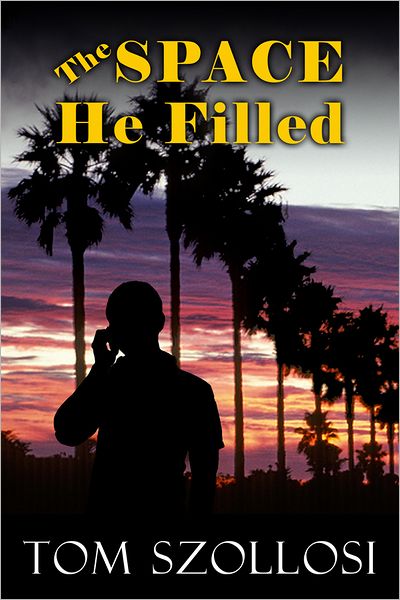 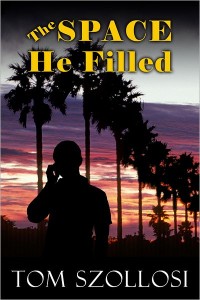 Title: The Space He Filled
Author: Tom Szollsi
Available at: Amazon and Barnes and Noble

If you are a fan of well-written stories that have great characters and multiple twists and turns that keep you guessing right up to the end, then hurry on over to Amazon or Barnes and Noble to pick up this book. At a price of $0.99 (digital version), it’s a reader’s steal and underpriced, in my opinion. (If you’ve read my rant on e-book pricing, you’ll get a clue as to how much I liked this book!)

I wasn’t sure what to expect. Tom recommended this book to me via Goodreads and because I know him and we’ve had a lot of discussions about self-publishing and writing – and because I know he’s no green writer – I went and picked it up. For $0.99, I’ll read just about anything.

What I didn’t expect was a book as good as this one. On the negative side, I absolutely detest the title, although it does fit the story. I just don’t think it has any zing and it doesn’t adequately convey everything that goes on in the book. That’s just my nitpicky opinion, however, and the only negative I found about this book (with the exception of a few typos and e-book formatting problems, but nothing major – I’ve seen much much worse from traditional publishing). Oh, and the overview doesn’t do it justice, but it’s probably out of necessity so as not to give away too much.

This book is like riding one of those old wooden roller coasters. There’s that slow buildup as the ride clack-clacks higher and higher and the moment of anticipation as it goes over that first big drop and then it’s a racing, screaming ride through twists, turns and dizzying dips. Every time a new character was introduced, I thought to myself what the hell? Who is this? What do they have to do with this story? But they’re all interesting and what they have to do with the story comes together in an explosive ending. The characters all surprised me. Tom has an amazing sense of human nature and he pushes his characters to the limit. Truth is usually stranger than fiction, and this story is convincing in its ability to be real. It helps that I live in Los Angeles, where the story takes place, but the familiarity with place isn’t necessary to the enjoyment of this story. Even if you’ve never seen the sleazy side of Hollywood or the craziness that surrounds the Staples Center and Nokia Theater, you’ll enjoy the picture Szollosi paints of them.

Underlying all the twists and turns, there’s the story of a man and his adult child and how relationships between parent and child fracture and heal. There’s also the story of a man whose anxiety and depression spin out of control, just as he has lost control of his life, his family and his career.

I don’t know who to blame for the fact that a writer like Tom isn’t writing my favorite series, but if he wrote for television the way he wrote this story, then there’s something seriously wrong with the PTB in Hollywood- which would explain why shows like “Brothers & Sisters” and “Flash Forward” get canceled. The characterizations, the settings, the picture Tom paints in this story are all superb and compelling. What can I say, except that I couldn’t put it down?

Tom is definitely an author going on my favorites list. I’ve put another of his books, Dirty Hollywood on my Nook wishlist.