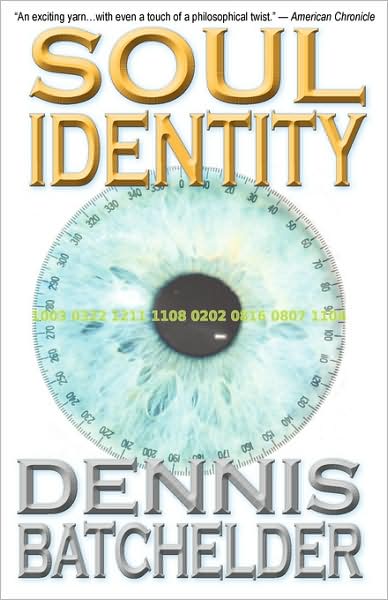 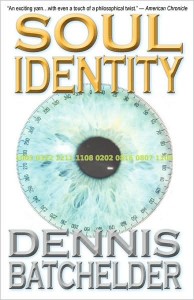 This is a really good read, not just for a free e-book, but overall.

The whole concept of a soul identity is pretty captivating all by itself, but what I found even more interesting is that this author chose not to tie prior lives into the memory of the current life. The soul is identified by mapping the eyes. Soul seekers search for the matches and the matching person is notified of their prior lives, of which they have no memory. Their prior identities leave a legacy for their future selves, knowing that the future self will have no memory of their life.

So why would someone leave a monetary legacy to someone who cannot remember who or what they were in a prior life? Scott Waverly, a computer security expert, seems to struggle with the same question, which I found very realistic – I’d wonder the same thing. At the same time, I can acknowledge (as Waverly does) that there are people who would find it an attractive idea. They can give their future selves a leg up in life by leaving them their wealth, which the Soul Identity company multiplies for them.

I found the whole idea interesting enough all by itself, but the story is elevated to another level by subterfuge, attempted murder, murder, computer hacking, a mad dash to discover the truth and thwart the bad guy. I liked that Waverly didn’t come across as a superhero. Things don’t always go as he plans and he occasionally runs into some sticky situations. Like most primary characters in a story, however, you can count on him to extricate himself and not always elegantly. He is a fun character who is a bit of a smart-aleck, which I like.

This is a smart story and well written. I have put the second book, Soul Intent, on my to-read list and look forward to getting to it.