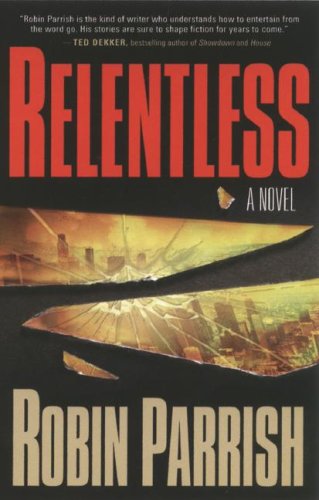 I’ve been trying to formulate some coherent opinions about this book, and I’m having a difficult time.

I’m a big fan of the TV series Fringe and I was devastated when Flash Forward was canceled, so I expected to like this book more than I did. I also wanted to like it more than I did, but I finished it still undecided whether I’d get and read #2 but leaning towards not. It just wasn’t that interesting or compelling. As evidence of this, it took me over a month to finish this book and only then because I felt I really needed to finish it. I never picked up my iPhone to sneak a read or thought to myself, Gee, I really want to see how that ends! When I read a book, I want to not be able to put it down until I’m done, especially when it’s built up as a sci-fi thriller.

One problem I had with it was the writing. I felt the author’s skill wasn’t sufficient to handle his story, although I give him points for imagination. Midway through the book, the twists and turns become difficult to follow. I wasn’t sure if the author lost his way and therefore the reader was lost with him, or if the author’s lack of storytelling skill lost the reader. I also felt that, too often, Parrish used weak writing devices to move the story forward. For example, it seems characters conveniently faint either to get them out of the way, or to move to a different point in the story without actually having to write the character there. A character faints and when he or she becomes conscious once again, the situations have changed and other characters have stepped in to do the heavy lifting, all without having to actually show the reader what happened. It became tiresome.

Another problem I had was the shallow character development. I kept thinking these characters had the potential to be so much more interesting than they were, but Parrish was so busy throwing the kitchen sink at them, I didn’t feel I ever got to know them. Therefore, I didn’t care much about them and what happened to them. When other characters mourn the death of a comrade, I don’t feel anything. I don’t feel their loss, or the loss of the character. Parrish seems to have mistaken fast paced for frenetic activity and the characters suffer for the lack of development.

At this point, I’m so accustomed to grammar, punctuation and spelling errors in free books, I hardly find them worth mentioning. However, this book has been previously published in print and – presumably – edited and proofread. Maybe the pre-edited version was accidentally uploaded to Amazon. Maybe Bethany House can’t afford to pay for good editors. And maybe standards in publishing have slipped drastically in the last 10 years. (Or all the above.)  There’s no excuse for printing a book with as many English errors as there are in this one and if I was the author, I’d be embarrassed. (Presuming, of course, the author’s English skills are sufficient that he knows he ought to be embarrassed in the first place.)

That said, it was a better free read than I’ve seen in a long time. I mean – I finished it! That’s more than I can say for a lot of the free books I download. For me, there is a certain mindset with free e-books that allows me to abandon them faster than I would if I’d paid money for the book, so finishing this is a certain level of recommendation all by itself, in my opinion. The second book is $5.38 on Amazon and I’m not sure I’d read it even if it was free. So – take that however you want in deciding whether or not you want to invest the time to read this quite lengthy novel.