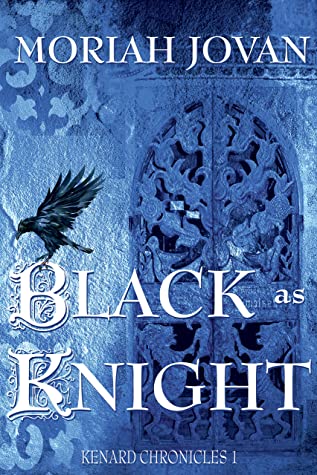 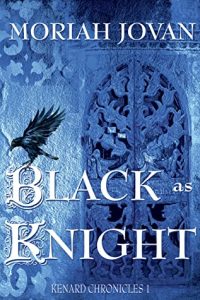 Full disclosure: I am a personal friend of Moriah Jovan’s. She has never asked me to read a book for review. While she has given me some of her books free of charge, out of the goodness of her heart, I have gladly paid for this one and others not only because I like her and to support her writing, but because I like her books and would like her to continue writing them. She doesn’t beg me to write reviews (and perhaps might even wish I didn’t, I don’t know). I write them because her writing deserves them. And yes, because I want her to write more.

You can currently get this book with your Kindle Unlimited subscription.

With that behind me… every time I read Jovan’s latest, I think (and often tell her) “This is the best one!” And I mean it, every time. Now, several books later, if you asked me to consider all her published works as a whole, I wouldn’t be able to tell you which one I like the most or think is the best. I will fall back on what I tell my children when they ask who is my favorite: whichever one I’m with. With Jovan’s writing, my favorite is the last one I read.

I used to read a lot of romance novels. That was pretty much all I read. For the last decade or so, however, I read them rarely. Most are formulaic and predictable. Most with cookie-cutter or cardboard characters who just seem to be THERE but not real or believable. Female characters who start out strong as nails and end weak, or remain strong as nails but just too prickly to like. I.just.can’t.

You might read the description of Dark as Knight and think- but I’ve heard this story before. Kidnapped bride. OK, I’ve read that one as well. But it was never the wrong kidnapped bride. Oh, and Earl-with-mistresses-must-marry-someone-respectable/noble is one you’ve also read. Me, too! But never Earl-with-FOUR-mistresses. Who live in his home. Where he is bringing his kidnapped-by-mistake new wife. Who is told they’re part of the bargain. Along with his four bastard sons. And there is nothing cardboard or cookie-cutter about Grimme or Brighde. They both have their issues and baggage, which contribute to the conflicts that range between terribly funny (classic Jovan) to frustrating to deep and dark. While Brighde is tough and resourceful, her feelings get hurt, she cries, she gets angry, but she’s always right! She is relatable and likeable, even loveable and she stays that way throughout. Grimme reminds me of Patrick O’Brian’s Jack Aubrey character (Aubrey & Maturin series), who is masterful and commanding at sea, but terribly inept at everyday life on land. Grimme is good at warfare, but as newly minted Earl of Kyneward, his home life is a chaotic mess.

Sex, generally not the kind most people would consider conventional, is always a large part of Jovan’s characters and this is no different. If that offends you, Jovan is not the author for you. Just sayin’. It’s also a great part of the conflict in this story. I mean – the guy has four mistresses he’s not willing to give up for his wife, so you have to figure there’s going to be some conflict there. Jovan writes good sex scenes; graphic, but not overdone and not gratuitous. The purpose of the sex is always to either give insight to a character, move the story forward, or to progress the relationship of the characters.

I enjoy the humor of the story. Jovan knows how to imbue her characters with life: they love, they laugh, they argue and fight and slam doors and kiss and make up and lay in bed laughing and talking. Even the secondary characters are so delightful and well written, you wish for their stories, or that they come to a particularly sticky and just end.

If you are looking for a historical romance with great story, great setting, great characters, the kind of book you can’t put down but don’t want to read too fast because then it will be over and you will feel compelled to write e-mails to author, begging for more and soon, I highly recommend Dark as Knight.