Waking up to Privilege: Part One 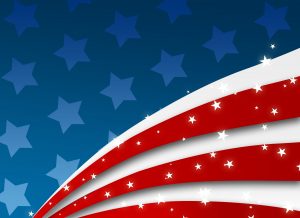 A little historical background about me before I get into actually what I have to say about privilege. Our own histories impact how we think and what we believe in, so bear with me. This is all part of my journey and I hope sharing it with you helps you understand how I came around to where I am in my thinking.

I am a baby boomer. I was raised in a conservative family. I have spent most of my life identifying myself as a Republican. I’m Caucasian. Up until 1965, my memories are of life in a white, middle-class, conservative family living in a white, middle class neighborhood in Los Angeles. My parents divorced in about 1965. A two-parent family was my first loss of privilege. Because, at that time, very few middle class white people got divorced. I had no friends or schoolmates whose parents were divorced. Aside from the loss and confusion generated by divorce, being a child of divorced parents was embarrassing. And, as it turns out, makes you different. My second loss of privilege was middle class status. In the 1960s, few middle class women were employed outside the home and single (male) wage earners accounted for the majority of family income. Staying at home and taking care of the family and the home was what women did. Unpaid, but very much a job. Very few women had marketable job skills, and very few jobs were available to the ones who did have them. They could be secretaries or, if they had a college degree, school teachers.  In other words – pink collar ghetto jobs. I was too young for details of divorce at the time and I never thought to ask as an adult (as it was all over and done with by that time), but as was typical at that time, the end result was that the family quickly fell below poverty level while our father remarried and carried on with a middle class lifestyle. The summer before I started 6th grade, my mother decided it would be best if we moved from Los Angeles. We went to Logan, Utah, where my grandparents owned a home they had, up to that point, rented out to students attending Utah State University. It is also where my parents lived when I was born, as my father was getting his graduate degree in engineering. When he graduated, the family moved back to Los Angeles. After they divorced, we went back.

While our family was still different, there were a few saving graces that made us less different. First of all, we were members of the dominant religion (yes, Latter-Day Saints, or Mormons). Still, it was a bit of culture shock. Mormonism in the Intermountain West was generally understood by Mormons outside the Intermountain West to be practiced in a much different way. I think of it as more – more strict, more conforming, more judgmental. And because it was the dominant religion, the practice seeped into other aspects of life. It was, if you will, Mormon privilege. For example, on my first day in sixth grade, I was shocked when class was started with a prayer. Following the Pledge of Allegiance, of course. Even at that age, I wondered if it was even legal. (As it turns out, no it was not- school-sponsored prayer was declared unconstitutional by the Supreme Court in 1962.) And I found it uncomfortable.

And how many sixth graders do you think had the guts to ask to be excused during the prayer? Nobody in my class, including me. Not bowing my head and saying amen was my minor rebellion, and I continued to be uncomfortable with it throughout the year. If I, a member of the dominant religion felt uncomfortable with school prayer, how do you imagine someone who was not a member of the dominant religion, or not even Christian, would have felt? And here’s the really telling thing: I never felt this way in California, where I went to school with kids of all religious and ethnic backgrounds – and where they did not start the school day with a prayer. It takes a certain amount of arrogance to completely ignore a Supreme Court ruling while assuming that either all children in any given grade school in the district belong to the dominant religion or that they have the maturity to speak up and state an objection without feeling like they’ll be ostracized for it. And in my mind, it’s especially egregious when imposed upon grade-school age children.

I mentioned that with my parents’ divorce, we also lost economic status. I want to be clear that I am not saying that economic disadvantage for a white person is comparable to the economic disadvantages experienced by people of color. I am only relating my own experience and how it has impacted my opinions about white privilege, inequality, and injustice.

We became recipients of welfare. My mother got food stamps. I cannot even begin to describe the level of embarrassment that accompanied going to the grocery store and paying with food stamps. In the culture of the time, it was like announcing to everyone in line behind you that you are poor, that you are less, that somehow, someone, somewhere made bad decisions or was irresponsible. As soon as someone in line behind you realizes you are paying with food stamps, it somehow gives them the right (or, depending on their level of self righteousness, the responsibility) to judge your purchases. They are saying with the look on their face that you are not deserving of certain food items because you are poor and paying with food stamps. The truly self righteous will make comments out loud, although not usually to the person paying with food stamps, but to someone standing with or by them. Why did she have four children if she can’t afford to feed them? I don’t buy that myself – it’s so expensive! How can she afford that on food stamps? Is that what my tax dollars pay for? And God forbid if you’re overweight! My mother struggled with obesity her entire life. I have struggled with my weight most of my life (still do). Can you imagine hearing the woman behind you in the grocery line whisper to her companion “how does she stay so fat when she’s on food stamps?” I don’t have to imagine it, I’ve heard it.

And what I find sad – and somewhat disheartening – is that there are people who will read this and either think there’s nothing wrong with the grocery store judgment, or agree that they’d do the same thing.

We also received food from the church. Now, I have to explain that my parents’ divorce contributed greatly to my mother’s insecurities, which extended to food. Someone should have realized this and put her on a food budget because it would have been impossible for us to use all the food she got from the church. I don’t remember it being as bad when we lived in Los Angeles, but when we moved to Utah she had an entire dirt-floor basement to store it. However, she was horribly embarrassed about having to get food from the church. The church brand is Deseret and all the can labels were printed as though Deseret was a company name akin to Hunt’s or Green Giant. Due to my mother’s embarrassment, our first task upon taking delivery of food was to remove the labels so nobody would know it was “church food.” Like most insecurities, there was no logic behind this. Someone might be just as likely to wonder where we got all these cans without labels, or why we removed the labels. The situation was complicated because without labels, we didn’t know what was in the cans, and never seemed to come up with a foolproof system for storing certain things on certain shelves so we knew what they were. At first, my mother tried to decipher the stamped code on the bottom of the can, but some of them were just difficult to interpret or read. Finally, we got markers and marked them as we removed the labels. This worked until the marker wore off, because of course permanent markers were more expensive. The toilet paper was a weird shade of dark pink and quite distinctive. I will never forget my mother’s horror over being told that a meeting had been held and she was counseled that we used too much toilet paper, or that she cried when she told us and asked us to try and be more conservative. (Four women, one house – is there such a thing as enough TP?)

What embarrasses me the most is that I have made judgments about others who suffer from economic disadvantages. One would think I’d be the last person, right? I have improved and I continue to try to improve and not be judgmental because I know firsthand how it feels. I can’t make excuses but I can say part of it was immaturity and part was being raised in a culture of self reliance. I believed if I could work hard and make something of myself, anyone could. I am embarrassed that it’s taken me this long to explore any number of the topics it’s necessary to explore in order to get a better understanding of the human beings with whom we share space on this earth. It’s taken a lot of open mindedness and reading to change my thinking. And on occasion my son reminding me that when I apply a negative label to someone, I’m talking about someone’s daughter/son, sister/brother, mother/father, aunt/uncle, and last but not least, a human being with all the flaws human being are prone to. But more on that in Part Two or maybe even Part Three.

One thought on “Waking up to Privilege: Part One”