Warning: fclose() expects parameter 1 to be resource, bool given in /home/customer/www/juliew8.com/public_html/wp-content/plugins/posts-by-tag/posts-by-tag.php on line 35
 Waking to Privilege: Part Three – JulieW8 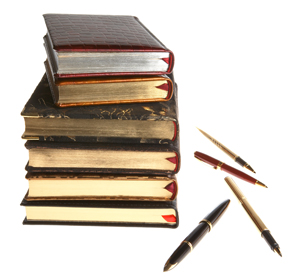 I want to share what led me to move from pretty conservative to a more moderate position. It’s undeniable: people believe in different things. At a very late stage in my life, I realized that I had never questioned what been taught to me by my family and influenced by the social environment I grew up in, and had only superficially looked beyond that. I started to really examine the basis of my opinions and beliefs. I have a tendency to research things to death, so I started reading.

My husband doesn’t discuss politics most of the time and I credit him for his extraordinary ability to listen to my conservative rants without comment, especially as I have found his opinions are so different from my own. Given his natural reticence, I’m not sure how much influence he has had on our children’s more liberal points of view.

Over the years, as our older son became more and more liberal, I often wondered where I went wrong. How could I have possibly raised a liberal? (The horrors!) I still don’t agree with him all the time, but our discussions over the years have made me stop and think about things I believed to be true, things I believed were positive aspects of life in the United States, or things I simply hadn’t considered because I didn’t think they had an impact on me or my life.

The children got me listening to podcasts; specifically, Dan Carlin’s Hardcore History. I love all of the Hardcore History podcasts, but the one that resonated the most for me politically was Death Throes of the Republic. I found Death Throes of the Republican presented fascinating – and concerning – parallels to the United States and what is currently happening in its political system.

After a discussion with my son about whether or not the United States is an empire, or acts imperially without acknowledging it, I discovered Chalmers Johnson‘s American Empire series. In light of Death Throes of the Republic, Johnson’s famous statement really resonated:

A nation can be one or the other, a democracy or an imperialist, but it can’t be both. If it sticks to imperialism, it will, like the old Roman Republic, on which so much of our system was modeled, lose its democracy to a domestic dictatorship.

During and following the Vietnam war, protesters were characterized as un-American, unpatriotic trouble makers. The fact that they were protesting America’s support of the imperialistic claims of France was never mentioned in any high school class I took. For anyone else who missed this, Johnson extensively discusses the conflicts created by the historical origins of the United States and support of imperialistic ambitions by our allies, and the U.S.’s uneasy relationship with its own revolutionary history.

The American Empire series also got me thinking about things that are directly impacted by U.S. foreign policy. I do believe a sovereign nation has the right and duty to control its borders. U.S. policies (such as the War on Drugs) and covert interference with other governments contribute significantly to the stream of refugees and asylum seekers on our southern border. We should acknowledge it and take some responsibility for it when formulating policies and attitudes about immigration.

Here is where I have to own up to a lot of ignorance, naivety and chagrin. A former classmate posted a meme on Facebook: If you don’t want to be arrested, don’t break the law. I used to believe that was true. I now know that kind of statement usually originates from the comfortable place of white middle class privilege, people who have no idea or simply don’t believe that people are detained and/or arrested all the time for absolutely no probable cause because it’s never happened to them or anyone they know. What changed my mind? Living in Los Angeles will give you an inkling unless you are completely brain dead to what’s going on around you. The LAPD is (in)famous for its racism. Still, I managed to retain my naivety, thinking these were just anomalies. One day I was listening to an Amazon playlist and heard Bob Dylan’s Hurricane. How had I gone past middle age and never heard the story of Rubin Carter? I then read Just Mercy, by Bryan Stevenson. The movie is good, but the book covers so much more – read the book. It rattled a lot of my long-held beliefs about why so many people of color are in prison, how it impacts family and community dynamics, and how it serves to maintain white privilege.

As noted in Part Two of this series, I gained a lot of historical insight into America’s racial problems by reading These Truths: A History of These United States, by Jill Lepore. I’ll recommend it again.

A better understanding of the foundation of this country, history, republican government and democracy has led me to have deep concerns about the actions of our current president. Given those concerns, of course I had to read John Bolton’s The Room Where It Happened. I would think it would be difficult for conservatives to discredit a long-time conservative like Bolton when he expresses the same concern, now joined by a growing number of Republicans and former Trump supporters.

I also challenge anyone who believes there is no such thing as white privilege to read White Fragility: Why It’s So Hard for White People to Talk About Racism, by Robin diAngelo and Michael Dyson. It reads like a primer in many ways, which is probably a good level for people who don’t believe in white privilege. In spite of the criticisms about it, a positive effect for me was that it made me consider a lot of things I’d never realized about how I view white privilege and racism. People with privilege take that privilege for granted and it’s difficult to acknowledge that not everyone experiences life in the same way.

I am well aware that every point of view has its supporting documentation. I approached all of this with careful consideration of the sources, which I felt were credible and objective. Bolton was the lone exception in terms of objectivity; however, given his conservative credentials, I feel his assessment of the current presidency is sufficiently objective, even when taken with a grain of salt. My education will continue. I might still change my mind about more things, I might adjust my opinions about others. I hope I have become more humane in my thinking and my treatment of fellow human beings. I hope I will inspire others to open their minds and explore beliefs and opinions that differ from their own. All Americans will never agree on the problems, much less the solutions, but let’s at try to acknowledge those differences and treat each other with more humanity.